Parkinson’s Medications: What Is Step Therapy?

Imagine you’ve been living with Parkinson’s for several years. Although you’re taking action to live well every day, you’re beginning to experience an increase in OFF times (periods when your Parkinson’s medications aren’t working optimally and your symptoms return) or dyskinesia (irregular, involuntary movements). Or both.

Now suppose your physician prescribes you a medication that has been approved by the U.S. Food and Drug Administration (FDA) to treat OFF or dyskinesia. You’ve learned that no other medication has been proven and approved to treat both conditions, and that it’s the only medical treatment option other than deep brain stimulation that can minimize both of these common and sometimes debilitating aspects of Parkinson’s.

Then suppose you learn that this medication is a step-up drug, meaning before your insurance will cover its cost, you must complete a trial of another medication, and “fail.”

What Is Step Therapy?

This is a real-life scenario, known as step therapy, that countless people living with Parkinson’s experience each year. Having been told that a drug like GOCOVRI, the medication mentioned above that is the only FDA-approved drug for OFF or dyskinesia, or both, many people living in the US are not given immediate coverage of the medication. Instead, they have to wait to see if another drug (often, one that is generic, lower cost, and/or hasn’t been proven as effective in clinical trials) is helpful in treating their symptoms. Importantly, this other drug may not be approved or indicated to treat this symptom.

Sometimes known as the “fail first” process, step therapy requires a person to first “fail” (or receive no benefit) on a lower-tier medication(s) before their insurer will cover the higher tier drug, which typically is more expensive for the insurer to cover. Step therapy processes and rules can vary in terms of how many steps are required. Sometimes a person is required to “fail first” with only one lower-cost medication, while other coverage decisions require a person to “fail first” trying multiple medications.

Let’s take a look at our real-life example. If a person with Parkinson’s is prescribed GOCOVRI, they can’t just head to their pharmacy and pick up a prescription for GOCOVRI. First, they must try (for varying lengths of time, depending on their insurance carrier or Pharmacy Benefits Manager) amantadine immediate release, which is not approved for either dyskinesia or OFF. For some people with Parkinson’s, this may provide symptom relief. For many people with Parkinson’s, however, an immediate-release amantadine will not minimize OFF while also minimizing dyskinesia. (GOCOVRI is uniquely designed for night time dosing and is released very slowly.)

Why Does Step Therapy Exist?

Many insurers and Pharmacy Benefits Managers (PBMs) use step therapy to save on prescription drug costs. They require people to try lower-cost medications (chosen by the insurance carrier or PBM, not the prescribing physician) in order to lower healthcare costs. And because many US states don’t regulate step therapy, insurance companies can sometimes implement these processes without proving that the alternative treatments are safe or in the best interests of patients.

Returning to our OFF and dyskinesia example: If a person with Parkinson’s who is living with both conditions is required to take a tier-one, immediate-release amantadine medication, it may or may not help relieve these symptoms which it is not approved to treat. However, even if the immediate-release amantadine medication is not working, the person with Parkinson’s must wait for the required “fail first” time period to pass. This means they are continuing to live with disruptive symptoms that could be managed right away with the step-up medication.

What Is Prior Authorization and How Can It Help?

As you might guess, applying for and receiving prior authorization can be a long and often frustrating process. A 2017 survey by the American Medical Association showed that many physicians and their offices had to wait several days before receiving prior authorization and spend hours on the process, taking time away from direct patient care. Many physicians also reported that this kind of delay slowed access to proper care for their patients, like when their patients were required to “try out” alternative medications for months before they could claim that those drugs failed as treatments. Throughout the “trial run,” patients may experience no symptom relief or, even worse, may suffer negative impacts of ineffective treatments.

How to Take Action

Recently, many of the US states with laws allowing insurers and PBMs to use step therapy have incorporated patient protections to ensure the process is used safely and appropriately. Some state laws ensure that patients can be exempted from step therapy requirements when medically appropriate, while other states limit the amount of time that insurance companies or PBMs can wait before approving or denying an exemption request.

If you live in the US, explore whether your state has a policy in place to establish rules and limits for step therapy. If your state doesn’t have this kind of policy, make your voice heard and contact your elected officials. Urge their support for responsible step therapy practices that put patients first. 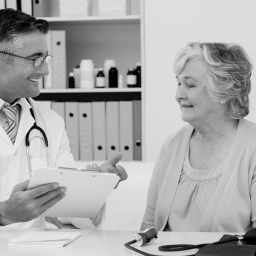 Regular Parkinson’s dental care can minimize the risk of experiencing pain and discomfort, but most importantly, it can reduce the… A Primer on Pain and Parkinson’s

Introduction Studies show that between 60 and 83% of people with Parkinson’s report experiencing pain, and chronic pain is twice…