Although the terms ON and OFF have been used to describe responses to levodopa therapy for more than 40 years, there is still no universally agreed-upon definition for the term OFF, and everyone with Parkinson’s experiences it differently. OFF periods occur when your medication isn’t working optimally, and your motor and non-motor symptoms return. OFF is much more nuanced but understanding its scientific causes can help you minimize it in your daily life.

Levodopa—a central nervous system agent and the gold standard of Parkinson’s medications—helps minimize symptoms because it is converted to dopamine in the brain. OFF times take place when levodopa is no longer working well enough to suppress your Parkinson’s symptoms. What, though, causes levodopa to stop working optimally, and what can you do to get the most from your medicine? Here, we explore some of the science behind OFF and strategies that will help you maximize your ON times to live your best life with Parkinson’s.

The science: Levodopa’s path to the brain

To make its way from your mouth to your brain, levodopa must travel from your stomach to your small intestine, where it is absorbed by an extensive neutral amino acid active carrier system. A similar transport system transfers levodopa across the blood-brain barrier, the barrier between the brain’s blood vessels and the brain tissue. The levodopa is then metabolized by the enzyme aromatic amino acid decarboxylase (AADC) to produce dopamine.

The more quickly levodopa reaches the small intestine, the faster it passes through the intestinal walls and the brain’s carrier system. The quicker it converts to dopamine, the more quickly you will feel ON. The longer levodopa stays in your stomach, the longer you may feel OFF.

Movement disorder specialist Dr. Cherian Karunapuzha says the key to minimizing delayed and partial ON times is to take your levodopa on an empty stomach with a full glass of water. The water “flushes” the medicine quickly to the small intestine, and the absence of food in your stomach means nothing can slow its emptying. (Choosing carbonated water and crushing or chewing carbidopa/levodopa can also help speed the process.)

Ideally, you would take each dose of your levodopa one hour before a meal (to give it time to move from the stomach to the small intestine) or two hours after (the amount of time it takes for food to empty the stomach). Because this is not always possible, especially as your Parkinson’s progresses and you take levodopa more often, aim to take each dose at least 30 minutes before or 30 minutes after a meal—and, again, always with a tall glass of water.

The science: Protein’s role in OFF times

Similarly, some amino acids (large neutral amino acids, specifically phenylalanine, tyrosine, and tryptophan) compete with levodopa for absorption in the brain. Their presence at the time when levodopa makes its way to the blood-brain barrier will delay the time it takes for the brain to transform the medication to dopamine and, therefore, decrease or delay the medication’s efficacy. This, too, can lead to delayed or only partial ON times.

In your stomach, protein is broken down into amino acids, which then travel to your small intestine. For your levodopa to work most effectively, it should enter your small intestine when few amino acids are present; this gives it easy access to the carrier system and fewer obstacles to crossing the blood-brain barrier.

Protein interactions with levodopa have been found to cause all four types of OFF periods: delayed ON, wearing OFF, unpredictable OFF, and dose failure/partial ON. To maximize your ON times, avoid protein when you take your levodopa and talk to your doctor about how dietary changes can help you get the most from your medications.

The science: How constipation increases OFF periods

Constipation, one of the most common Parkinson’s symptoms, can play a significant role in ON/OFF fluctuations. In the digestive system, food makes its way from the mouth to the large intestine through the alimentary canal (esophagus, stomach, and small and large intestines). Suppose your intestines aren’t being emptied regularly. In that case, the levodopa you take won’t make its way through the digestive system as it should, and, therefore, it cannot control your symptoms most effectively.

Studies show that as much as 80% of people with Parkinson’s experience constipation, which is caused in part because lower levels of dopamine slow smooth muscle contraction throughout the digestive system. If Parkinson’s causes degeneration of the nerves that control peristalsis (the rhythmic movement of the gastrointestinal tract), the action slows down. When this happens in your colon, the stool moves very slowly, becomes dry and hard, and is more challenging to eliminate. This slows everything down, including the speed at which your levodopa moves from your stomach to your small intestine (and, therefore, the rate at which you feel its effects).

Dr. Karunapuzha says that people with Parkinson’s will have good days and bad days based on whether they empty their bowels that day or not. “When they do, they notice an immediate difference without us even having to increase the dose of the medicine,” he says.

Make lifestyle and dietary changes that will minimize constipation. Exercise, drink plenty of water (coffee may help, too), increase your fiber intake, and, if necessary, and in consultation with your doctor, try stool softeners and laxatives to help you stay regular. Staying regular means your levodopa will work most effectively, and you will experience less OFF time.

The science: How the progression of Parkinson’s affects OFF

Although the half-life of levodopa is short (one to one-and-a-half hours), in the first stages of Parkinson’s, there is sufficient synthesis and storage of dopamine in the brain’s striatal neurons to keep Parkinson’s symptoms at a minimum despite few doses of levodopa.

As your Parkinson’s progresses, your brain produces even less dopamine. This means it must rely entirely on levodopa to control your symptoms. Yet as Parkinson’s progresses, many people begin to experience fewer benefits from their medications, and the benefits may also be less consistent. This can increase your wearing OFF periods and ON-OFF fluctuations.

Protein’s role in impacting levodopa absorption usually becomes more pronounced as Parkinson’s progresses; so, talk with your care team about adjusting your protein intake, even if you didn’t need to focus on protein in the beginning.

Be sure to talk with your doctor about how your Parkinson’s—including the frequency and severity of OFF times—has changed over time. In addition to dietary modifications, a variety of adjustments can be made to your medication regimen to limit ON-OFF fluctuations and extend your ON times. For some people, deep brain stimulation (DBS) can be an effective way to reduce OFF times as Parkinson’s progresses.

Remember that you are your own best advocate, and just as there are many ways to experience Parkinson’s, there are many strategies to reduce OFF periods. Talk with your care team about your unique path and how you can maximize your medications to live well with Parkinson’s.

Want to learn more about OFF?

Living with Parkinson’s: What Is OFF?

Results of Our OFF Survey & Stories

How to Communicate What It Means to be OFF

Our Every Victory Counts® manual is packed with up-to-date information about everything Parkinson’s, plus an expanded worksheets and resources section to help you put what you’ve learned into action. Request your free copy of the Every Victory Counts manual by clicking the button below.

This blog series is sponsored by Kyowa Kirin. *While the generous support of our sponsors makes our educational content available, their donations do not influence Davis Phinney Foundation content, perspective, or speaker selection. Living with Parkinson’s: What is OFF?

Learn about the four different types of OFF and why they happen. 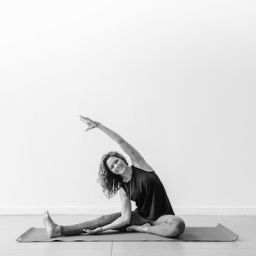 4 Reasons Your Parkinson’s Symptoms May Be Worse After Exercise

Wonder why you feel worse during or after exercise? One of these may be the reason. 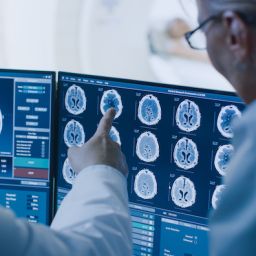 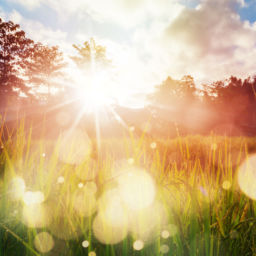 The Science of Parkinson’s Constipation

Studies show that as many as 80% of people with Parkinson’s experience constipation, and it often appears years before an official Parkinson’s diagnosis. Constipation…