Deep Brain Stimulation (DBS) is a highly effective and reasonably safe treatment for Parkinson’s; however, it’s also frequently misunderstood by people who have been recently diagnosed. The success stories about how people are sometimes living symptom and medication free as a result of getting DBS understandably leads many who’ve been newly diagnosed to want to get the treatment as soon as possible.

But not everyone is a good candidate for the treatment.

In this article, we’ll break down the what, why, how and more of DBS so that you have the information you need to determine if your path may lead you to this treatment.

The procedure involves placing small electrodes into the regions of the brain that control movement and are impacted during the progression of Parkinson’s. The electrodes emit continuous electrical impulses (stimulation) from a device known as a stimulator, which is similar to a cardiac pacemaker and is implanted in the chest.

In Parkinson’s, dopamine-producing neurons die thereby affecting the nerve cells in the brain responsible for body movement. Unfortunately, DBS does not affect dopamine levels in the brain but rather, it compensates for the secondary effects of dopamine loss. So, while it’s not a cure, ideally, and typically, this therapeutic treatment leads to improvements in many motor symptoms such as tremor, stiffness and slowness. As a result, this treatment may also make activities of daily living (ADLs) like getting in and out of chairs, walking, dressing and bathing easier.

This period of time—that can feel like forever for a person living with Parkinson’s—is so the doctor can make sure that the person does, in fact, have idiopathic Parkinson’s and not a related condition that may present like Parkinson’s. They also want to make sure that their patient experiences symptom relief from their Parkinson’s medication(s), typically carbidopa-levodopa. If they don’t experience relief, DBS is unlikely to help either.

One of the most challenging aspects of living with Parkinson’s is that it impacts your quality of life. While not everyone experiences debilitating motor symptoms, many people do, and it impacts their ability to exercise, drive, communicate, work and more. Since DBS can and often does result in a significant decrease in motor symptoms, many people living with Parkinson’s seek it out as soon as possible.

In addition, while DBS was not designed to decrease non-motor symptoms, evidence shows that many people experience a reduction in symptoms related to depression, anxiety, pain, fatigue and more.

Finally, one of the other main reasons people with Parkinson’s choose to undergo DBS is because it allows them to reduce the amount of medication they take.

When medication no longer controls symptoms, life can become frustrating and very limiting for a person living with Parkinson’s. DBS has the potential to change that. Some people we’ve worked with have been able to stop taking medication altogether. Others have reduced the number of pills they take and the frequency in which they take them.

The bottom line is that if you’re a good candidate for DBS, it’s possible that it could significantly improve your quality of life with Parkinson’s.

Getting approved for DBS surgery is a process, and it involves input and expertise from a team of people. While there doesn’t seem to be one path to surgery, there are some common steps you can expect to navigate on your way to the table.

Step #1 – Meet with Your Movement Disorder Specialist or Neurologist

During this appointment, your doctor will review your medical history and perform a neurological exam. Based on that, you’ll discuss whether or not you’re a good candidate for DBS. Here are some of the factors your doctor may consider to help determine if DBS is right for you.

If the information discovered in step one indicates you’re a good candidate, the next step is to meet others who will assess your readiness. People on this team will usually include:

This may come earlier in the process, or it may be something you address at this point. Your doctor/providers will likely be able to guide you on matters related to timing and how to best move through the process of getting the surgery approved.

At this stage, you’ve been identified as a good candidate, and you’re aware of the financial costs you may have in order to move forward. At this point, you will get an MRI, sit down with your neurosurgeon to learn more about the procedure and ask questions and you’ll complete an overall physical exam to make sure you’re healthy enough to have the procedure.

(Note: We’ll be doing a deep dive into DBS surgery in a future post.)

During this appointment, typically in your doctor’s office, someone who is trained in DBS programming will work with you to program the device so that you get the best symptom control possible. Sometimes this happens the first time the device is programmed; however, sometimes it takes multiple tries to get it right.

Again, your doctors may do things slightly differently, but most include the steps outlined above in their DBS process.

“DBS has given me my life back.”

“Before I got DBS, I couldn’t see the road ahead. Getting DBS truly saved my life.”

“DBS has made it possible for me to be active again, get involved in my community and give back to the people who have done so much for me along my Parkinson’s journey. I couldn’t be happier with my decision.”

While DBS is often life-changing in a good way for many people living with Parkinson’s, it’s not without its risks. Here are a few we recommend speaking with your doctor about early on in the process:

We hope this serves as a useful primer to those who’ve been newly diagnosed with Parkinson’s. In subsequent posts on the topic of DBS, we’ll take a deep dive into the actual surgery itself, we’ll address the issue of medical ethics and we’ll share more reader stories.

We love it when people from our community share their stories with us. If you have a story about your experience with DBS, and you’d like to tell it, please email us at blog@dpf.org. 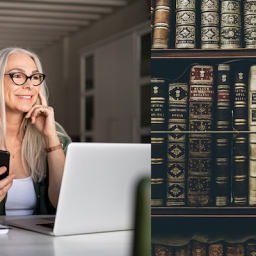 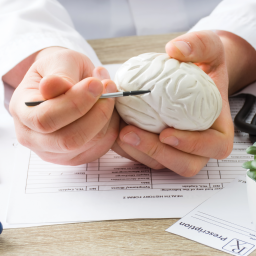 Watch as an esteemed panel of experts talks about the benefits of DBS.