Steve Emerson describes his life a year ago as “a perfect storm.” As he shared his story with me, though, I saw it not as a hurricane but as a tale of determination and perseverance. I thought of the motivational quote that says, “Not all storms are meant to disrupt your life; some come to clear your path.”

Fifteen years ago, Steve was diagnosed with Parkinson’s and shared his diagnosis with others in his community. He, his wife Mary, and his brother Doug attended a fundraiser for the Davis Phinney Foundation, where Steve listened to Davis talk about the mission of the Foundation: to help people living with Parkinson’s to live well TODAY.

Steve was taken with this mission. Later, he became part of the Ambassador Leadership Program and an Ambassador for his local community. He was already an advocate for a healthy diet, exercise, living a wellness lifestyle, with an occasional Ben and Jerry’s Ice Cream. Now, he was just doing all of that with Parkinson’s.

Life with Parkinson’s was moving along. Granted, it was a little bit slower, but it was still moving. Steve’s wife, his sons, and his friends provided a great support system. Yoga and cycling became part of his exercise routine. Together with Mary, he greeted each day with a morning meditation.

Then, a year ago, Steve’s life changed. His dyskinesia grew unmanageable, and he developed brain fog. Medicine changes and DBS adjustments were not effective. He was going to a dark place, and he was without a primary neurologist. It was the “perfect storm.” It was time for Steve to stand strong and face it, and to know that he wasn’t alone.

Over the years, Steve learned an important part of life with Parkinson’s – it’s okay to ask for help. He turned to his family and friends, and his brother reconnected him with Davis Phinney.  Using the Foundation as a resource, Steve met Dr. Meredith Spindler at Penn Medicine. Steve remembers sitting in her office saying, “I can’t leave your office without a solution.”

Seeing Steve’s dyskinesia in person, Dr. Spindler suggested a newer drug, GOCOVRI, a form of amantadine. Although Steve had already tried this form of medication, Dr. Spindler explained the difference with GOCOVRI is in the delivery of the medication, as it is an extended-release form of amantadine. Steve noticed a difference in two days. His perfect storm had cleared a path back to independence with a new doctor and new medicine.

Steve is grateful that the medicine change is helping him manage his dyskinesia. But he also remembers his friend, Davis, has referred to Parkinson’s as the “Designer Disease.” We are all different, and our symptoms are different. What works for one person may not work for another. And what works now may not work later.  So, live in the moment, and be present in your life. As a public speaker and a guy who meets you for coffee, Steve has become the face of Parkinson’s in his community. But he will tell you he gets more than he gives. Parkinson’s has taken things from him but it’s also given him much – great friends, patience, and an appreciation for the little things.

He’s learning new things, things he would not have tried if  Parkinson’s were not part of his life.

Today, he moves a little slower, but he continues to live his best life. He is cycling again, which makes him forget he has Parkinson’s. The harmonica has replaced the guitar, and Mary continues to be his meditation partner. As for yoga, his goal is to get back to the studio for class.

Steve’s advice to someone newly diagnosed? Don’t panic. You can have a good life. There will be ups and downs. And it may sound cliche, but don’t worry. Be happy. And one last thing…don’t give up Ben & Jerry’s Ice Cream! [Podcast Recording] OFF: What It Is and How To Manage It 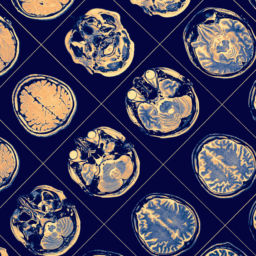 An Open Letter to PBMs from People Living with Parkinson’s

Dear Pharmacy Benefit Managers,   As a person living with Parkinson’s, I am writing to urge you to reconsider your recent decisions to… Parkinson’s Medications: What Is Step Therapy?

Imagine you’ve been living with Parkinson’s for several years. Although you’re taking action to live well every day, you’re beginning to experience an… Do you feel isolated when you are OFF or dyskinetic?
27 Oct 2021 For more than 17 years, the Davis Phinney Foundation has been helping people with Parkinson’s live well today. This means…