Parkinson’s: From Diagnosis to Acceptance

I learned a few things about acceptance on a summer day just a couple of months after my Parkinson’s diagnosis at age 48. It was supposed to have been a fun outing – kayaking with a few friends and, collectively, our six middle-school-aged daughters for the last hurrah before their school year started. We rented kayaks and set into the Mullica River in Southern New Jersey, about an hour and worlds away from the city of Philadelphia where I live. I grew up near the Mullica, deep in the Pinelands, and joining us was one of my closest childhood friends, Tracy, the kind of person who drops effortlessly back into the comfort of a longtime friendship even though it had been years since we last saw each other. As we paddled in the gentle tributary that wound through the pines, for the first time in my life, I was nervous about whether I was physically strong enough to spend an active day outdoors. That nervousness soon turned into despair about an hour into the three-hour journey, as the sky and the river both widened, when my arms started to shake uncontrollably from the repetitive movements of paddling. My daughters noticed; one of them paddled close to me and lay her hand on my arm to try to keep it still. Everyone noticed. I fell behind and could not keep up, exhausted from the paddling and the energy of trying to seem normal.

The Mullica runs to the Atlantic Ocean, and the part of the river we were kayaking that day is tidal, which meant that about a mile from our ultimate landing spot, the river suddenly became more powerful. The current began to switch directions with the ocean tide. We would have already finished by that time had I not been so slow. Paddling harder didn’t work because my arms wouldn’t obey me. I fell even farther behind and couldn’t imagine how I would paddle another mile like that. I struggled so hard against the mighty current, only to find myself moving backward. Every ounce of strength and confidence was slipping away, right there on the river of my childhood.

All I had wanted was for my daughters to have a fun day.
Instead, they had to watch me fall apart.

That’s when Tracy intervened. She kicked into overdrive and paddled ahead to a house on the river where a friend lived, and with charm and cheer, he tied all our kayaks together and towed us with his powerboat the last mile up current to our landing spot. We were in awe of how he navigated our connected kayaks through the twists and turns of the river without any of us getting stuck, tangled, or separated. He understood angles better than an MIT math professor. The girls were thrilled.

We all learned a lot that day, but I didn’t truly understand my lesson until much later. After my diagnosis, I immersed myself in reading everything I could get my hands on about mind-body medicine, meditation, brain health, epigenetics, spirituality, and holistic health. I made lists of best practices for living well with Parkinson’s. I tried different diets and supplements and visited all kinds of medical practitioners. I incorporated hypnosis, tapping, deep breathing, hot and cold therapy, infrared light therapy, music therapy, and, of course, many forms of exercise. I called my first year after diagnosis, The Year of Living Experimentally (and expensively). It’s been six years since that day on the river. A few months ago, a guided meditation randomly showed up on my playlist. The teacher spoke of a principle of Taoism called the water way. It’s a principle that teaches how to live life without suffering so much, and the gist of it is this: be like water.

Water flows wherever the path of least resistance leads. It takes the shape of whatever container it occupies, from a pot to a pond to the wide-open ocean. And while it changes appearance when frozen into ice or heated into steam, it never changes its true nature.

This makes water more resilient to outside circumstances. When it hits an obstruction, it is patient, and through its soft grace and gentle steps, it eventually finds a way around, often leaving beauty (like the Grand Canyon) in its wake.

Being like water is the ability to flow in whatever direction and into whatever container our life situation hands us. It doesn’t change anything about our lives’ difficulties, but it allows us to stop struggling and deal with any problem from an authentic place. And that is where our power lies because it comes to us effortlessly. If we always fight our life situation and try to force it into the shape we want, we get frustrated, angry, anxious, and scared because we rely on a form of power that ultimately doesn’t work. That’s what the Mullica had taught me. When the current switched, and I struggled to be the person (and mom and kayaker) I wanted to be, I fell farther behind and suffered more. But when I let go and gave up any sense of control and ego, what filled that space was the kindness and love of both friends and strangers, and what was delivered to me were awe and gratitude and a bunch of delighted girls who had the time of their lives that day.

This lesson, of course, is not easy, and it’s not learned once and done. It requires active, daily practice (and if ever you need inspiration, consider re-watching The Shawshank Redemption, an excellent story of being like water). Now, as I approach my seventh year of living with Parkinson’s, aka the honeymoon stage of Parkinson’s, if the current takes me over the cliff into the well of despair, I need to remind myself that if I fight it, I will drown. I hope I have the strength of mind not to struggle and instead wait patiently for the next nourishing spring rain to raise the water and lift me out.

I suspect that rain will be formed, in large part, from the collective kindness, support, and love of the Davis Phinney community. Amy Montemarano is a Davis Phinney Foundation Ambassador and YOPD Council Leader. Amy has dedicated her life post-diagnosis to help people with Parkinson’s and their caregivers navigate employment, as well as find volunteer work or creative projects to discover their own personal adventures. Interested in getting connected? Connect with any one of our Ambassadors and begin your journey today of living well with Parkinson’s! Learn what happens when you rely on motivation to take action. 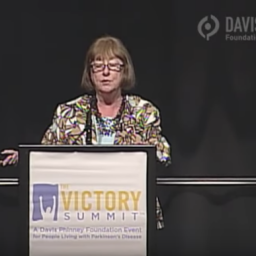 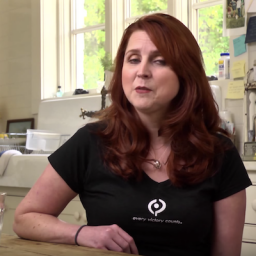 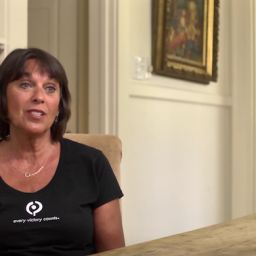