In this panel discussion, our YOPD Women’s Council and special guests Dr. Jill Farmer and Vicki Dillon discuss everyone’s unique journey with medications; the many types, classes, and possible side effects of Parkinson’s medications; and the importance of trying a variety of medication combinations until you find the best fit for you.

Is there a relationship between dementia and Artane?
Artane (or trihexyphenidyl) can cause people to feel foggy and have difficulty with thought processing and concentration. This effect on cognition may be misconstrued as dementia. If the cognition losses are in fact caused by the medication, if you were to discontinue the medication, the symptoms would disappear as well.

Can all Parkinson’s meds cause impulse control disorders or is it just the dopamine agonists?
Those side effects can be caused by any meds that work on dopamine in some way. However, dopamine agonists are the most notorious for causing those symptoms.

Will you tell us more about delusional thinking? What can you do for a person with Parkinson’s who is experiencing delusions but isn’t aware of it?
I would definitely say that delusions are the hardest symptom to manage and treat. Hallucinations respond better to meds, as do impulsivity and compulsivity, but to treat a delusion can be really, really difficult. (Read this post for what to do when your person with Parkinson’s is experiencing delusions.)

What causes dyskinesia? And does it hurt?
The working theory is that it is the loss of something called a “buffering capacity” in the brain. What I mean by this is that as the nerve terminals that are responsible for the uptake of levodopa begin to wear down as Parkinson’s progresses, the process becomes much less efficient and coordinated. So, sometimes instead of having a small amount of levodopa taken up to your brain at one time, a whole bunch goes out, or you may have other neurons that don’t typically take up levodopa trying to take up the excess, and they can’t convert it as efficiently. This can lead to an inaccurate and disruptive distribution of medicines, leading to excess movements.

(From the panelists): Dyskinesia can be painful for some people, but for many, it is not so much painful as it is exhausting, frustrating, and embarrassing.

Want to hear more from the YOPD Women Council?

You can find all of our YOPD Women’s Council recordings here. 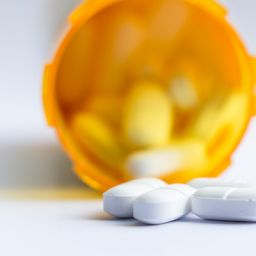