Because ICDs can be common in people with Parkinson’s and have a profound effect on quality of life, it’s important to become more educated about them and how they may affect the goal of living well.

What are impulse control disorders?

According to Psychiatric Times, impulse control disorders are characterized by:

People who experience impulse control disorders may or may not plan the acts; however, the acts themselves nearly always fulfill their immediate wishes, even if they are ultimately distressing to the person and make them feel out of control.

The most common ICDs reported in people with Parkinson’s are pathological gambling, hypersexuality, compulsive shopping and compulsive eating. More than 25% of the people who have ICDs have two or more of these behavioral addictions.

What are dopamine agonists?

One of the benefits of dopamine agonists is that they have a longer half-life—they stay active in the body longer—and can have a more immediate effect on motor symptoms, especially if the immediate release option is taken.

Some of the most common side effects of dopamine agonists are:

What makes someone more susceptible to developing ICDs?

Other than taking dopamine agonists, there are a variety of factors that put someone at a higher risk of developing impulse control disorders such as:

How do impulse control disorders impact people living with Parkinson’s and their care partners?

ICDs have the potential to reduce the quality of life for the person with Parkinson’s and their care partner. In some of the more severe cases, it can cause financial ruin, divorce, loss of employment and increased health risks.

ICDs can cause people to feel shameful, embarrassed and weak. They may lie to hide their addictions, act in secrecy and withdraw from their care partner or family members for fear of being found out.

In some instances, someone who has developed an ICD  must also reconcile the fact that they get some level of satisfaction and pleasure from their addiction, even though it could be wreaking havoc on their lives and their most important relationships.

We spoke to another woman whose husband had become a compulsive spender, put them in significant debt and refused to get help. It was the end of their marriage and many of the other dreams they once had. That’s an extreme example for sure, but it’s not an impossible scenario if ICDs are left unreported and untreated.

Fortunately, being knowledgeable about ICDs, risk factors and causes is an essential step for minimizing the impact on daily life.

The most important thing to remember about impulse control disorders in people with Parkinson’s is that it’s a medical condition, not the result of personal weakness. If help is sought, it is possible to get better.

All ICD behaviors are on a continuum and where they fall on that continuum and how destructive the ICD is to a person’s life will indicate the kind of treatment needed.

For example, a male who begins taking dopamine agonists may become much more sexual than he had been in the past. He may want sex all of the time, with his wife/partner, which only seems like a big deal if he never wanted it before. However, that doesn’t necessarily mean his desire for more sex is destructive. In this case, he may need marriage counseling more than he needs medical treatment. If his sexual behaviors become pathological and destructive, that’s when a medical approach would be advised.

The first line of treatment when the behaviors are severe and destructive is to reduce the last medication that was changed in treating Parkinson’s symptoms. In the majority of cases having to do with pathological gambling, reducing or discontinuing the dopamine agonist reduced or eliminated the severity of the ICD.

People with compulsive gambling, spending or eating typically respond well to dopamine agonist reduction, whereas patients with punding benefit from reducing levodopa. The population with problems resulting from hyper-hedonistic behaviors—excessive and insatiable actions that increase pleasure—may benefit from a reduction of either dopamine agonist or levodopa.

This can be very challenging to manage. In this case, doctors will often put the person back on the dopamine agonist and then very slowly titrate them off. This can take a long time and controlling the ICD in the meantime can be a significant challenge.

The ongoing challenge for doctors is that reducing the dosage of a dopamine agonist or eliminating it all together can cause distressing symptoms for the person with Parkinson’s such as decreased motor control or an increase in non-motor symptoms.

Like many addictions, the therapies designed to curb or eliminate ICDs seek to find a replacement for the time that was previously spent engaging in the destructive behavior. Therefore, it’s critical to find something else to fill that time. Part of doing that is finding a support system, or being the support system while looking for something new to focus on during vulnerable times.

What can a care partner do if their person with Parkinson’s develops an impulse control disorder?

The best treatment for ICDs is prevention. And as a care partner, you are in a great position to advocate early and often for your person with Parkinson’s. Fortunately, doctors are much more judicious than they used to be when prescribing dopamine agonists, but it’s still important to be one step ahead of the drugs if your person with Parkinson’s and their doctors decide that a dopamine agonist is the best course of treatment.

Here are a few things you can do:

Impulse control disorders can be highly stressful and cause a lot of pain for the person with Parkinson’s and their care partner. But it is possible to get help and treatment to reduce or eliminate their presence altogether.

If you or a loved one are experiencing impulse control disorders, please work closely with your movement disorder specialist to assess your unique situation and create a treatment plan that’s right for you. No two people experience ICDs in the same way so it’s critical to understand and evaluate all of your potential options. Throughout the process, be sure to make note of how you feel, how you behave and how medications or therapies are impacting you on a regular basis so your doctors and care partners can keep an up-to-date record of your experience.

We’d like to thank Dr. Mark Stacy, Dr. Anthony Lang, Dr. Daniel Weintraub and several people with Parkinson’s and their care partners for their expert guidance during the writing of this post.

Parkinson TV – Season 2, Episode 3: Impulse Control Disorders. This video offers two rich case studies where you hear from people who have experienced ICDs and how they have learned to manage them. The Big 16: What to Say (and What Not to Say) to Someone Who Has Parkinson’s

Here’s a menu of words that work and words to stay away from when you’re talking with someone who’s living with Parkinson’s. Connie Carpenter Phinney talks about what it’s been like to be a Parkinson’s care partner for over 18 years. 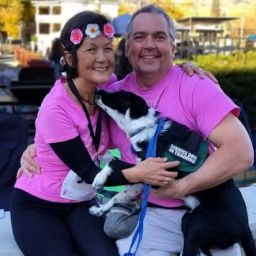 As a care partner, you are an essential, active member of the care team supporting the person in your life living with Parkinson’s. While many… 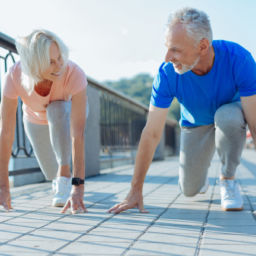 Your Parkinson’s Roadmap – Read this First

Getting a Parkinson’s diagnosis can be overwhelming enough as it is. The last thing we want is for you to… As part of our new collection of Every Victory Counts® resources, we are excited to share a new best-in-class Parkinson’s…