Can a plant-based diet affect the development, management, and progression of Parkinson’s?

While there is no one-size-fits-all nutritional plan for Parkinson’s, increasing evidence suggests that a particular way of eating may impact the development, progression, and management of Parkinson’s.

It’s the same way of eating that has been proven, again and again, to reduce the risk of diseases such as cardiovascular disease, hypertension, diabetes, obesity, intestinal problems, stroke, and cancer. It has been shown to boost energy and promote heart and brain health. And it is also recommended by countless Parkinson’s experts.

So, what is it? A plant-based, whole-foods eating plan, known popularly as “the Mediterranean diet.”

What Is the Mediterranean Diet?

(A quick note here: We are not fans of the word diet because, for so many, it implies that you will eat a certain way for a certain time period and that there are good foods and bad foods. So, while we choose to focus on the term nutritional choices rather than diet, the “Mediterranean Diet” is the common label for this way of eating.)

A Mediterranean diet focuses on vegetables, fruits, whole grains, beans, nuts and seeds, and olive oil. Some people also eat fish and chicken or turkey on occasion. A plant-based eating plan, however, can be completely vegetarian or vegan. It can be lower in carbohydrates than standard diets are, or it can put a higher emphasis on healthy, complex carbs. Eating the Mediterranean way is not only healthy but completely customizable, affordable, varied, and convenient. Recommendations based on Mediterranean diets include:

The Research: The Mediterranean Diet’s Role in the Prevention and Delayed Onset of Parkinson’s

Consistent findings show that the Mediterranean diet may reduce the risk of many diseases, such as stroke, hypertension, heart disease, diabetes, depression, dementia, and cancer, proving its global impact on health.

What about its relationship to Parkinson’s in particular? Eating a Mediterranean diet is associated with a lower risk of Parkinson’s (studies have shown this can reduce the risk of Parkinson’s anywhere from 14 to 48%) and later age of Parkinson’s onset. One of these studies, recently published in the journal Movement Disorders, highlights the strong correlation between eating a plant-based diet and delayed onset of Parkinson’s, perhaps because the diet reduces inflammation in the body.

The study focuses on the connection between Parkinson’s, the microbiome (which is composed of communities of bacteria, viruses, and fungi), and the brain. The study authors compare the microbiome to “a giant factory that produces beneficial chemicals. Your input affects how the microbiome works.” When this “input” is primarily plant-based foods, the microbiome can flourish and inflammation, suggested as a root cause of Parkinson’s, can be reduced. (Studies continue to show this kind of close connection between gut health and brain health. For some of the latest research on this topic, explore our What’s New in Parkinson’s: March 2021 and February 2021 posts.)

In August 2020, researchers from the Harvard T.H. Chan School of Public Health published a study in Neurology with findings from two long-running studies that followed 47,679 participants. The researchers compared participants’ diets to a Mediterranean-style diet and scored what they ate using the alternate healthy eating index. They found that people who closely adhered to a Mediterranean-style diet were about one-third less likely to develop at least three prodromal features suggestive of Parkinson’s than those who ate the Standard American Diet (SAD).

While their findings do not prove diet directly affects the risk, the researchers said there are reasons to suspect diet is involved. One reason is that, as mentioned earlier, a healthy diet could prevent the onset of Parkinson’s by lowering inflammation throughout the body. Another is the theory that alpha-synuclein, the protein that clumps together in the brains of people with Parkinson’s, may actually first misfold and accumulate in the gut. (Recent studies have also shown that alpha-synuclein aggregates can cause nearby normal alpha-synuclein proteins to misfold and form more clumps.) It’s possible, the researchers said, that diet could influence that process, and eating a plant-based diet could prevent or slow this misfolding and accumulation process.

The Research: The Mediterranean Diet’s Role in the Management and Progression of Parkinson’s

Eating a plant-based diet also provides many benefits to people living with Parkinson’s. Numerous studies have explored the eating plan’s effects on aging and cognitive function, including a systematic review published in Nutrients in 2017 that found that the Mediterranean diet “could play a major role in cognitive health and risk of Alzheimer’s disease and dementia.” Since cognitive changes are common as Parkinson’s progresses, choosing foods that benefit your brain and can slow cognitive decline is one way to influence your Parkinson’s journey positively. The gut’s impact on Parkinson’s also plays a role in managing and possibly slowing the progression of Parkinson’s. Studies have found lower levels of Prevotella, a “good” gut bacterium, in people with Parkinson’s, along with higher levels of inflammatory bacteria; other studies have shown that eating a whole-food plant-based diet creates a gut environment where Prevotella and other healthy bacteria can flourish. The more good bacteria present, the better your overall health and your ability to live well with Parkinson’s every day.

In addition, eating a plant-based diet can help you manage multiple symptoms of Parkinson’s, including:

What Do Parkinson’s Experts Say?

Dr. John Duda, MD, national director of the Parkinson’s Disease Research, Education, and Clinical Center for the Department of Veteran Affairs and associate professor of neurology at the University of Pennsylvania’s Perelman School of Medicine, says, “the best evidence out there suggests that a whole-food, plant-based diet—a Mediterranean diet—is best for long-term health and wellness. The evidence is clear that adopting this type of diet will reduce your risk of dementia, depression, constipation, and a whole host of other things that will help you in the long run. A diet full of fiber and full of plant-based nutrients that include a whole host of antioxidants and anti-inflammatory molecules could help protect your brain. That’s the diet I recommend.” Professor Bastiaan Bloem, MD, PhD, includes following a Mediterranean diet on his list of three things that someone looking to prevent Parkinson’s should do. (The others? Drinking coffee each day and exercising regularly.)

Davis Phinney Foundation Ambassador Marty Acevedo, a retired Registered Dietician, says that after her Parkinson’s diagnosis in 2010, her science and medical background led her to research every aspect of Parkinson’s, including nutrition. “I quickly concluded that a lifestyle that included eating fresh fruits and vegetables, lean meats and more fish, whole grains, lower-fat dairy products, and a moderate amount of sweets and alcohol would continue to serve me well,” she says. “While my research delved into other ‘diets,’ such as keto, paleo, gluten-free, vegan, intermittent fasting, and other meal plans, I knew that a Mediterranean, plant-based diet made the most sense for me.”

The Mediterranean diet and lifestyle include foods that act as antioxidants and are phytochemicals. Foods with these properties may well have a positive impact on the progression of Parkinson’s, along with a potential neuroprotective effect. Further, adopting the lifestyle aspect of this way of eating – more relaxed, with fewer stressors, a renewed sense of acceptance and appreciation for life in general, and regular exercise – has enhanced and improved my journey in ways I never thought possible.
-Marty Acevedo, MS, RDN

In short, an eating plan that’s rich in fibrous fruits and vegetables, whole grains, and healthy fats, all key components of a Mediterranean diet, can help you live well with Parkinson’s today. 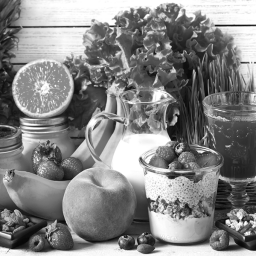 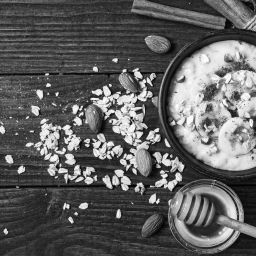 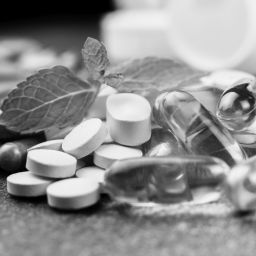 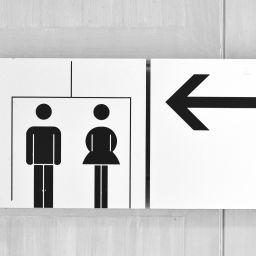 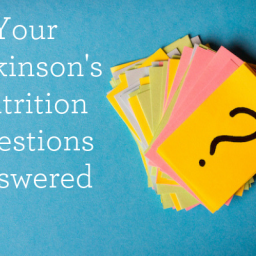 Marty Aceveo wants each person with Parkinson’s to find their own path for living their life well. In this webinar, Dr. John Eric Duda dispells myths about nutrition and offers sound advice on what to eat to live well. How to stock your fridge, freezer, and pantry to live well with Parkinson’s What to do with all those pantry staples? Try these three recipes.