It’s been 15 years since I was diagnosed with Parkinson’s, and many years since I stopped riding a bike for a living, but I’ve often felt that I’m still in a race. That’s because there’s no waiting around with Parkinson’s; to wait is to decline. The only solution, in my mind, is to take action and exercise my choice to live well every day with this thing. If I’d had a say in the matter, I would have said ‘no thanks’ to having this disease. Since that wasn’t an option, I can at least have something to say about how I’m going to live the rest of my life.

Parkinson’s has slowed me down, of course, and my diagnosis forced me to look at the world differently. I’ve learned to recognize and seize the small moments of victory available to me every day. The Davis Phinney Foundation’s motto – Every Victory Counts – is about just that. Those of us with Parkinson’s might not be crossing the finish line first with our arms thrust in the air, but whenever we can be more aware, more connected to and engaged with the people and beauty all around us than we are of this disease, it’s a victory.

I could not have imagined in 2004, when I started the Davis Phinney Foundation, the impact that it would have a decade later. It’s incredibly gratifying to see the Foundation’s work inspiring hundreds of thousands of people in the US and beyond to take action and live well today.

I carried the Olympic torch, as part of the torch relay when it came through Boulder en route to the Olympic Games in Salt Lake City in 2002. That feeling, that responsibility, that obligation of bearing the torch – an inspiring symbol of light and hope – has stayed with me, and it informs everything that we do at the Davis Phinney Foundation.

The Davis Phinney Foundation’s programs do more than educate; they motivate. Motivation is important to people with Parkinson’s, because it’s easy to let apathy set in and to wait to feel better. We’re saying, ‘don’t wait – take that first step, it’s empowering.’ We’re out to change what it means to live with Parkinson’s. Our message is this: be informed. Be active. Be engaged. Get out there and take control of your destiny. Participate actively in your own care. If, through the Foundation, we can convince everyone living with this disease to do one thing today, make one small change that’s going to have a positive impact on quality of life, then we’ve succeeded.

2015 marks the second decade of the Davis Phinney Foundation, and we’re still committed to our original vision: to help people with Parkinson’s live well today. I’m excited to see the Foundation expanding its reach, providing much-needed information to a wider audience, whether they’re tuning in to our webinars, coming to The Victory Summit® events or downloading our self-care manual, Every Victory Counts®, or our terrific exercise video, Parkinson’s Exercise Essentials. Last year, we partnered with Move4Parkinson’s to bring our educational event to Ireland. This year, we’ll be taking it on the road to Malaysia. Wherever there are people who want to live better, today and for the long term, we’re finding ways to reach them with the support and tools they need to succeed.

Davis Phinney is the Founder and Board Vice-Chair of the Davis Phinney Foundation, a non-profit dedicated to providing information, inspiration, tools and research to help people living with Parkinson’s disease to live well today. 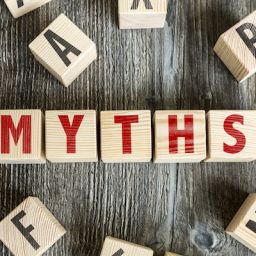 Parkinson’s and the Good Life with Dr. Laurie Santos and Davis & Connie Phinney When Davis Phinney was diagnosed with Parkinson’s at age 40, he and his wife, Connie Carpenter Phinney, began a new…