Six million variations of Parkinson’s. How cells dispose of defective mitochondria. Virtual reality as a Parkinson’s treatment. The self-regulating feedback mechanisms of dopamine-releasing neurons. Parkinson’s links to melanoma, neuroticism, and herbicides. And so much more. Check out the most important Parkinson’s research, surveys, and stories happening now, and let us know if we missed anything. Happy reading! My dad’s face, like many people with Parkinson’s who experience facial masking, is less expressive and more neutral than one would expect, given the content of his conversation. Tips for More Expressive Communication for People with Parkinson’s

What are ways people can improve facial expression? What can care partners do to create an environment that encourages more non-verbal expression, and what can people living with Parkinson’s do to address their own facial masking? 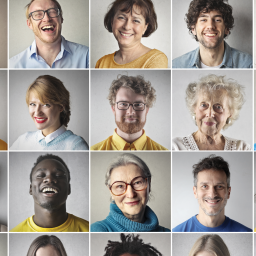 Find out how to minimize facial masking. Professor Bastiaan Bloem is a medical director and consultant neurologist at the Department of Neurology, Radboud University Medical Centre, Nijmegen,…