Two years ago, Erin Michael went to her doctor thinking she had pulled a muscle in her arm. Several visits to several doctors later, she found herself in a neurologist’s office, where she was diagnosed with Young Onset Parkinson’s. “I had gone to the appointment by myself because I wasn’t expecting anything major to come out of it,” she says. “When I was told that it was Parkinson’s, I spaced out to everything else that was said. I thought it was the end of the world.”

After getting a second opinion and spending a few months doing her own research, certain that her symptoms were caused by something other than Parkinson’s, she accepted the reality and made a plan. Learn how she navigated her career, healthcare, support groups, and outlook on life as she learned to live well with Parkinson’s.

“People genuinely do care. The support I have felt has been tremendous. And I’m very hopeful about what the future may hold.” 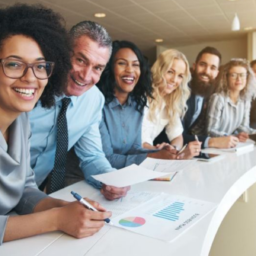