Maybe it’s a rainy day, a lonely afternoon or a sentimental song that brings on feelings of sadness. Occasionally, feeling “blue” is part of being human. For people with Parkinson’s, though, these feelings can escalate into what researchers refer to as clinical depression.

According to Mark Mapstone, PhD at the University of California – Irvine, depression is one of the most common non-motor symptoms affecting as many as half of people living with Parkinson’s. It’s important for people with Parkinson’s and their loved ones to recognize the most common triggers of depression and the actions they can take to live well.

What’s the Difference Between Depression and Sadness?

Most clinicians describe depression as an extended feeling of sadness, purposelessness, irritability and impaired body function, as opposed to just an occasional “bad day.” It may be helpful to gauge your emotional moods against the following guide:

If you can relate to any of the above symptoms, you’re not alone. In fact, one of the challenges with the connection between depression and Parkinson’s is that many of the symptoms overlap. What is clear, however, is the positive role that early intervention plays.

Watch this short video for expert advice on how to know when to seek help for your depression.

As with all aspects of your health, identifying early warning signs can help you live well by managing your symptoms. Three categories represent the most common triggers that are associated with depressive episodes:

As a person with Parkinson’s, you have likely become an expert student of your own body. The skill of listening to your mind and body is an important tool in recognizing stressors that can trigger depression. Common stress-related triggers include difficult life transitions, like a child leaving the home or unexpected financial challenges. Other stressful situations arise from an over-committed lifestyle, an inability to say “no,” or unwillingness to pace yourself.

All losses have the potential to trigger depression, especially the loss of a job, a loved one or an important relationship. For people with Parkinson’s, losing the ability to participate in a favorite activity, sport or hobby can bring on additional grief-like depression.

The problem with habits is that we do them without even thinking. Some habits are worth reevaluating, however, especially when they’re known triggers of depression. The biggest culprits, and this won’t come as a surprise, include your diet, your exercise and your sleep routine. Poor quality in any of these areas can play a major role in the onset of depression.

The Good News About Depression

According to Dr. Irene Richard, neurologist at the University of Rochester, quality of life of people with Parkinson’s is affected more by depression than by their physical symptoms. At first glance, that may not sound like good news, but Richard explains, “The good news is that depression is treatable, and, when depression is treated, everything becomes more manageable.”

Learn How to Cope and Find Your Happy Place

Many people feel empowered to learn that there are many strategies for coping with and treating their depression. Depending on the severity of the depression, physicians will often recommend a combination of medication supported by counseling sessions or talk therapy.

An emerging body of research points to the role that food plays in emotional health. Specific studies indicate that diets rich in tryptophan – foods like nuts, cheese, chicken and beans – can actually boost serotonin levels and lessen feelings of depression. Download our Nutrition Worksheet for other foods you can consider adding to your diet and to create your personal action plan for dietary changes.

In addition to medication, therapy and diet, experts strongly recommend holistic strategies that remind you of our connectedness and give you a reason to smile.

Identify mood triggers, add positive energy into your daily life and provide a way to talk with your doctor and healthcare team about treating depression with the help of our Depression Worksheet.

Whatever you do, remember that you are not alone. Be compassionate with yourself. Be committed to exploring. Be prepared to live well…today and every day.

Learn More About the Non-Motor Symptoms of Parkinson’s

While the effects of Parkinson’s on movement are often the most visible symptoms, like tremor, other impacts of Parkinson’s not related to movement, like emotional and cognitive challenges, can sometimes have an even greater effect on your quality of life. Understand these aspects of Parkinson’s in order make informed decisions and continue on your path to living well. 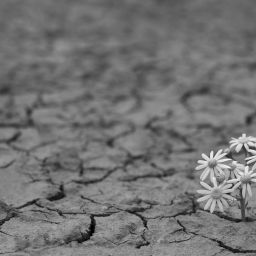 [Webinar Recording] Depression, Anxiety & Apathy and How to Manage Them

Learn to recognize the signs of depression, anxiety, and apathy and how to treat them. What to Do With Apathy… as a Parkinson’s Care Partner

Learn how to recognize apathy and what to do about it. Fight Back Against Depression and Anxiety in Parkinson’s

Learn how to identify and treat depression and anxiety in Parkinson’s.

I have noticed when I experience depression and I either go out of my house weather permitting or call a good friend that I haven’t talked to for awhile. I also have atherapust visit every couple of weeks we have become good friends and we have lunch sometimes, Exercise also helps I had a friend we went to the pool together she moved and I hope to find anew exercise Buddy soon. Donna

You are 100% correct, Donna. It’s always good to have a proactive mindset when you notice your feelings of depression creep in. By identifying what helps you when you feel depressed, you’ll have many tools at your disposal to help you when things get tough. Being social, staying active, and seeking someone to talk to are essential in dealing with depression and are activities everyone living with Parkinson’s needs to be familiar with. Attending an exercise class is a great way to meet new people and find a buddy you can work-out with. Ask your Parkinson’s support group of any classes in the area that pique your interest and find that new exercise friend!

I rely on cycling when either motor symptoms such as balance or tremors, or depression, are giving me difficulty. I have read articles regarding cycling being a relief method for several motor symptoms and that studies are in progress about what it is about cycling that brings about a lessening of tremors or balance issues. What about the joint relief you can benefit from for both depression and motor related symptoms, simultaneously. For me this seems to be the case. Thankfully, I might add.

Thanks for commenting, Bill! Many people have experienced a lot of benefits from cycling which you have noted. If you haven’t yet found your exercise program, it’s important to speak to a physical therapist who can evaluate your body’s strengths and areas that need improvement, review your prior exercise experience, and layout future problems you may experience. Also, exercise is supposed to be fun! It’s so important to pick an activity you enjoy doing!

We call it lowered feelings. You can strengthen your nervous comstutoon so you can av9id it best rx fpr pd a strong good will
John

Agreed, John. Battling depression is an ongoing effort. Similar to exercise, the more time you spend on using your tools and resources, the better you will feel overall!

i have struggled with depression for years and have been on an antidepressant which has been very helpful—–but with the PD, i was not doing so well—-could not get myself to do anything—so some more antidepressant was added and now i feel very good—-i also have a friend i can be very honest and she to me, and she sure does not coddle me—walking also helps as does playing with my cats—-i also have some books about mindfulness that are a tremendous help—depression is not fun—-Bonnie

Thank you for your comment, Bonnie! When taking any type of medication, whether for Parkinson’s symptoms, depression etc. it’s essential that you keep a daily log of how they react in your body. That way, when you speak with your doctor, they are able to tweak prescriptions in order to make them more effective. If you combine finely-tuned medication with being social, mindful, and active with exercise, you’ll notice a drastic increase in mood.

It’s really nice information to know about you are going through depression or just sadness. Thanks for sharing such a nice piece of content.

Thanks for reading, Sophia.