The Latest on Neuroplasticity and Parkinson’s

Your brain and its many networks and pathways are constantly changing throughout your life. As you learn and experience new things, your brain adapts. New connections (or synapses) are formed. Your brain reorganizes itself. And research continues to show that this brain growth, development, and reorganization are not simply automatic processes but ones that can be encouraged and stimulated. For everyone, including people with Parkinson’s, that offers much hope. In this post, we’ll explore why neuroplasticity is of particular interest to the Parkinson’s community, what it means, and how to promote it so you can boost your brain health and live well today and for many years to come.

How can the process of neuroplasticity help me live well with Parkinson’s?

Neuroplasticity, a process beneficial to everyone, has great potential to help people with Parkinson’s live well as their Parkinson’s progresses. How? Because in addition to creating new connections in your brain, it also enables neurons to compensate for injury and disease. It helps explain why people with speech problems can sometimes sing to communicate or why people who have difficulty walking can sometimes dance or march with little problem.

To explore how neuroplasticity can help you live well with Parkinson’s now and in the future, we first need to dig into some brain basics.

So, where does neuroplasticity come into the picture? Through it, your brain can compensate for damaged neurons—like those that produce dopamine in the SNpc—by reorganizing and forming new connections between undamaged neurons. In other words, your brain can disconnect old wires that are no longer functioning correctly and connect new wires to make different pathways.

Even more encouragingly, research shows that you can protect your residual nigrostriatal dopamine neurons—and perhaps even restore the dysfunctional cortico-basal ganglia motor control circuit. (In other words, you can take action to protect the neurons that you still have and, possibly, reverse some of the damage Parkinson’s causes on your motor control circuit.) When your brain creates new and alternative brain pathways, you may be able to perform activities or tasks you have had trouble doing during your time with Parkinson’s. This can help you stay independent for longer, and it can help you maintain a high quality of life as new symptoms emerge.

How can you encourage neuroplasticity?

While neuroplasticity happens automatically in response to learning and experience, you can encourage the process by taking action. For example, studies show that synaptic plasticity—the ability to make experience-dependent, long-lasting changes in the strength of neuronal connections—can be positively influenced by several things, including exercise (which studies have found to be most effective), your environment, learning and practicing new skills, and more.

Exercise can help strengthen your brain because it increases molecular targets like the brain-derived neurotrophic factor (BDNF). This leads to the formation of new synapses that affect learning and memory. Exercise has also been found to increase brain volume in several brain regions, including the prefrontal and temporal cortex and the hippocampus. It may also spur higher gray and white matter cluster concentrations in the subgyrus, cuneus, and precuneus regions of the brain.

What does this mean in terms of neuroplasticity? Researchers believe that the increase in brain regional volume and activity “may reflect an alteration in the number of neurons, synapses, and axonal and dendritic arbors.” In other words, the improvement may be due to neuroplasticity. Other studies have shown that exercise leads to “pre-synaptic remodeling,” enhancing the length and complexity of dendrites and increasing the dendritic spine density of neurons. (You guessed it; this again means exercise promotes neuroplasticity.)

It’s important to know that intensity is critical to stimulate neuroplasticity through exercise. Vigorous exercise causes physiological responses that promote new synapses in your brain. These new synapses can help your brain become more efficient or increase your ability to do new tasks. As a guideline, Jay Alberts, PhD, who has been researching exercise’s effects on Parkinson’s symptoms and progression for almost two decades, recommends that people living with Parkinson’s perform aerobic exercise in the following dose (after consulting with their healthcare teams and getting clearance to begin an aerobic exercise regimen of this intensity):

High-intensity physical exercise is crucial for stimulating neuroplasticity, but several other lower-intensity exercises may also help rewire your brain. Studies have shown that tai chi is a powerful way to encourage neuroplasticity, as are yoga, dance (which can also be a high-intensity exercise depending on its form), balance exercises, and even juggling, which can help your brain form new connections and help you find new ways to move.

Research has found that regular meditation can induce neuroplasticity and improve attention, working memory, spatial abilities, and long-term memory. Some studies have shown that as you meditate, your brain connectivity changes, while others have found that constant meditation leads to widespread, long-term changes in structural connectivity in the brain.

Listening to and/or performing music may lead to structural and functional changes in the brain. For example, in a 2010 study, researchers stated that “the cognitive enhancement effects of musical training, the result of neuroplastic processes, might be due to a combination of skills required by music study, such as decoding visual information into motor activity, memorizing extended passages of music, learning music structures and rules, learning to make fine auditory spectral and temporal discriminations and learning to perform skilled bimanual finger movements.” (Music and music therapy can help you live well with Parkinson’s in many other ways, as well!)

Learning and practicing new skills results in new brain connections, too. Research has shown a strong connection between acquiring motor skills and the central nervous system’s neuroplasticity at cortical and subcortical levels. As mentioned above, this helps explain why learning to play a musical instrument may promote neuroplasticity or why practicing sports not only builds expertise but also changes brain volumes in many athletes. Learning a new language is also a powerful way to rewire your brain, and practicing something as seemingly simple as handwriting can encourage neuroplasticity.

As anyone who has learned (or relearned) a skill knows, practice is how you improve. Studies show that practice and repetition lead to structural changes in grey and white matter in the brain.

Finally, it has long been supported that “experience induces measurable, morphological changes in cells of the brain…and in their connections with one another.” Research using animal and human models has shown that environmental stimulation is critical for enhancing and maintaining cognitive function. So, too, are novelty, focused attention, and challenge. So, to stimulate neuroplasticity, you should seek out experiences and environments that are wholly new to you, that challenge you (physically, mentally, and/or emotionally), and that demand your focus and attention.

Although neuroplasticity is a complex process, you don’t have to understand the neuroscience behind it to reap its benefits. Try out a few of the suggestions above to start building and reconnecting wires in your brain today.

And, be sure to watch this interview we did on neuroplasticity and exercise with Dr. Mike Studer here.

Thank you to our 2022 Peak Partners, Amneal, Kyowa Kirin, Sunovion, and our Every Victory Counts Gold Sponsor AbbVie Grants, Silver Sponsor Lundbeck, and Bronze Sponsors Supernus and Theravance for helping us provide the Every Victory Counts manual to our community for free. A Primer on Balance and Parkinson’s

Along with tremor, rigidity, and slowness of movement, postural instability—better known as poor balance and coordination—is a common Parkinson’s motor… This is part of a series of “sneak peek” pieces from the sixth edition of the Every Victory Counts® manual,… 5 Boxing Elements for a Strong Body and a Strong Mind

Written by Lori DePorter  Boxing is a total workout for both your mind and your body. It incorporates cardio, strength, balance,… Your Questions About Music Therapy Answered

What is music therapy, and is it right for you? In this short video, Dr. Alexander Pantelyat, founder of Johns… 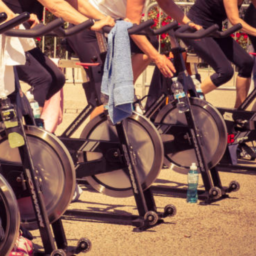 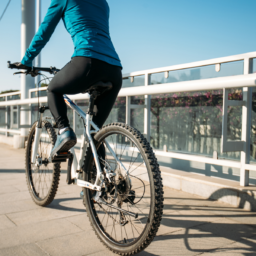 In this episode, we sat down with Mike Studer, PT, DPT, MHS, NCS, CEEAA, CWT, CSST, FAPTA, to talk about…