Throughout my career in research, I’ve often been struck by the dedication of talented scientists who work tirelessly on their projects. It’s one of the reasons I pursued a career in the field myself — the passion is contagious!

Just this month, I had the rare opportunity to see this dedication in action when Drs. Anson Rosenfeldt and Jay Alberts from the Cleveland Clinic were in Colorado collecting data for their Davis Phinney Foundation-funded research project.

In 2018, this team was awarded a grant to study the effectiveness of Pedaling for Parkinson’s—an existing low-cost community cycling class—and how Parkinson’s progression may slow down for participants in the class.

Instead of sending their research assistants, which is typically the case for studies like these, Rosenfeldt and Alberts came to Colorado themselves to collect data from participants. As I watched them in action, I was struck by their embodiment of our values as a foundation. Our values:

Here’s what one of the participants said about the study:

“As a person with Parkinson’s, and a person with a passion for cycling, I’m excited to be part of this research project headed by Dr. Jay Alberts and his fantastic staff from the Cleveland Clinic. While the study is just getting started here in Boulder, the support and commitment of the team is obvious and will lead to long term involvement by our Boulder Parkinson’s community – both in the cycling gym and in the research lab.”
– Rich Wildau, Davis Phinney Foundation Ambassador and avid cyclist living with Parkinson’s

To me, all of this makes the Davis Phinney Foundation’s funded research seem different than the rest. While advancing our understanding of Parkinson’s, our funded projects also match our values and truly promote living well today!

We’d Love to Know, What Role Does Cycling Play in Your Life?

If you have a moment, please let us know how or if cycling helps you live well with Parkinson’s by taking this very brief survey. Four movement disorder specialists talk about what’s new in the world of Parkinson’s. 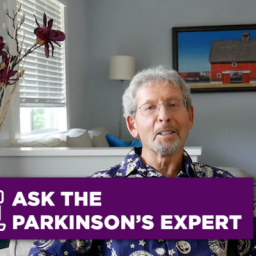 Ask the Parkinson’s Expert – What complementary therapies have you tried to help manage your Parkinson’s? At the Davis Phinney Foundation, we’re big fans of cycling. And for a good reason: research studies have shown that… Hi I’m a certified spinning instructor lead instructor of Rock Steady Boxing at White Oaks Resort in Niagara. With Our RSB Program in its third year and the knowledge that cycling can also help Parkinson’s people we have added an optional spinning class. Those that attend regularly love it.

Here in Seattle we also have an active ( 17 regulars) Rock Steady Boxing class in Redmond and we have added a Spinning, (Pedaling for Parkinsons ) at the Sammamish YMCA which has grown (to 10 regulars) with data recorded ( daily at the Spin class and a skill baseline recorded at the Boxing)

That’s great, Martin. Love that you’re getting to experience the Pedaling for Parkinson’s program. And that you have such great attendance at your Rock Steady Boxing classes. We know how important the consistency of these communities are, and how much they have contributed to helping people live well with Parkinson’s.

My husband made so much progress in his Pedaling for Parkinson’s group at the YMCA in Mill Creek, WA, from 2015-17 that it has been the most significant thing he misses since moved out of state. He still cycles outdoors and at home on a stationary bike; but I know he misses the camaraderie and support he received in addition to the physical activity at the PDP sessions. We’d like to get a group started here in Tucson, and I’m hopeful that this continued research might help us present data for a small development grant to get it going. It’s such a valuable complement to all of the other community initiatives — such as RSB & the Power Gym — that make up a balanced, empowering, integrated approach to therapeutic practices outside the realm of medication alone.

Hi Sheila! – I hope a group comes to your area soon. I know how much those groups mean to living well. Let us know if there’s anything we can do to help. And, we hope to see you in Tucson this December!

I began going to the Pedaling For Parkinson’s programs available to me in the Seattle area almost five years ago, and it changed my entire outlook on life with PD. Now I live in Tucson AZ and ride the fabulous Loop Trail system every day. Exercise and wellness is my full time job. Thanks to Dr. Alberts and other advocates of cycling for the difference they’ve made in so many lives!

I’m so glad you’ve found something you love and that also helps you live better with Parkinson’s. Thanks for reading!