When asked how I became a writer, my answer always brings me back to a conversation I had with my youngest son, Zach. He said to me, “Mom, if you would have told me six years ago that you would be doing what you are doing now, I never would have believed you.”

I would not have believed me, either…and that is where my story begins.

Six years ago, I had no idea what Parkinson’s meant for a 45-year-old woman. Fewer than five percent of people with Parkinson’s are diagnosed when they’re younger than 50, and Parkinson’s is twice as likely to affect men than women. Yet, I found myself watching the screen as the DaTscan went around my head capturing images that would later confirm my diagnosis of young onset Parkinson’s disease (YOPD).

Writing was safer than talking

Looking back at what I had written, it was a stream of consciousness, full of fear and guilt. It was therapeutic, cathartic, and became my first tool in my Parkinson’s toolbox — one that played a pivotal role in where I was headed. Eventually, the journal entries began to move away from a dark place to one of hope. They started reflecting on the good changes that were happening. Exercise, particularly boxing and dancing, was becoming an integral part of my daily routine. I had turned a corner, but I still had no idea where my life was headed. However, I knew it was time to own my Parkinson’s. But how?

Exercise and helping others seemed to be the answer, but I also kept writing. My journal became a blog that shared my story of life with YOPD. Each blog post reflected my determination but also my fears. I wrote about my life as a wife and mom who decided to become a Rock Steady Boxing coach and a personal trainer. But also a wife and mom who was terrified of her future self and felt tremendous guilt.

The future is still unknown, but I can live for today. So far, life with Parkinson’s is different. I am different, and that’s okay.

My dad said it best, “So you shake a little. We still love you.” It was a simple statement with a profound impact. Living well with Parkinson’s can start with a journal and exercise. Be proud of how far you have come and what you have accomplished. But most of all, keep moving!

Today, I am part of a team of columnists and together, we share our stories. You can find my column, Life, Lemons & Lemonade, on Parkinson’s News Today. Be sure to leave a comment and share your story!

About Lori DePorter
Lori DePorter is a young onset person with Parkinson’s who was diagnosed six years ago at the age of 45.  She is a Rock Steady coach and a columnist for BioNews Services. Her hope is that her teaching and her writing empowers others to live well with Parkinson’s. How to Use Expressive Writing to Live Well with Parkinson’s

An experiment worth trying – writing to heal. 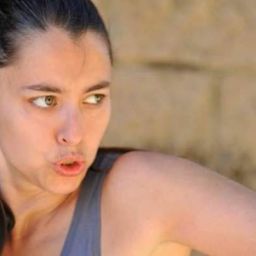