Bradykinesia and Parkinson’s: A Primer

Bradykinesia, or slowness of movement, is one of the four primary motor symptoms of Parkinson’s, and it can have a significant impact on a person with Parkinson’s quality of life. In this article, we’ll take an in-depth look at bradykinesia, including its causes, strategies to manage the symptom, and more.

Let’s start with some definitions. Both bradykinesia and akinesia refer to movement, with bradykinesia meaning a reduction of or slowness of movement, and akinesia meaning a complete lack of movement. Hypokinesia refers to a loss of momentum or force in movement that can come with Parkinson’s, usually in connection with akinesia, bradykinesia, or both. The small, cramped handwriting (called micrographia) that some people with Parkinson’s experience is thought to be some combination of akinesia and hypokinesia.

Bradykinesia can show up as:

While a variety of conditions, including stroke or brain tumor, can cause bradykinesia, in Parkinson’s it is caused by low levels of dopamine. Dopamine, a neurotransmitter, helps to facilitate movement (and is also involved in reward-based behaviors and hormone release). Parkinson’s causes dopamine-producing neurons to die, which eventually leads to impaired motor control. One visible symptom of this impairment is bradykinesia. The three other common motor symptoms of Parkinson’s – tremor, poor balance, and rigidity – are also tied to decreasing levels of dopamine in the brain.

How do physicians test for BRADYKINESIA? Physicians can also test for bradykinesia by evaluating the speed and amplitude of other movements. Doctors may ask a person to repeatedly open and close their fist, tap their thumb and index finger together, clap, and/or tap the toes of their feet together repetitively for a certain amount of time. The person may also be asked to complete a handwriting test, which the physician uses to determine whether micrographia is present.

Regular exercise, physical therapy, and medication are some of the ways you can manage slow movement.

Being active is associated with fewer movement difficulties, along with many other health benefits, meaning it can be a powerful way to manage bradykinesia. Throughout the past two decades, aerobic exercise has become a mainstream recommendation for managing multiple symptoms of Parkinson’s, including slowness of moment. Several recent, large human clinical trials support the use of high-intensity aerobic exercise in improving Parkinson’s motor symptoms like bradykinesia. Talk with your physician about what levels of exercise are appropriate for you today, and make a plan with them to build your exercise sustainment in a way that can help you manage bradykinesia and live well with Parkinson’s every day.

Because bradykinesia is a result of low levels of dopamine, medications that increase dopamine levels are often part of treatment. These can include carbidopa/levodopa, dopamine agonists, and MAO-B inhibitors. Keep track of your motor symptoms, including slowness of movement, and work closely with your movement disorder specialist or neurologist to see how medications can help you minimize bradykinesia.

Under the supervision of a physical therapist, some of the tasks you may try to improve your pace and movement include walking faster than you usually would, traversing different surfaces, and walking with your eyes closed and then open. By challenging your normal gait, these exercises can improve your ability to walk. Physical therapists can also offer suggestions for exercises that can help you manage movements of your hands and fingers, facial muscles, and more.

If bradykinesia is making activities of daily living (such as get into and out of bed, around your house, in and out of vehicles, and around your community) difficult, work with an occupational therapist, who can evaluate your movements and challenges and create a customized treatment plan.

The key to managing bradykinesia is to take action now. Work with your Parkinson’s care team to optimize your medications, create a tailored exercise routine for your goals and abilities, create a safe living space, and more. By being proactive, you can live well with Parkinson’s today and into the future. Closing the Gap for Voice Impairment in Parkinson’s

Find out about the results Dr. Klepitskaya and her team discovered about vocal fold augmentation.

Strategies for Addressing Speech and Language Challenges in Parkinson’s

Learn about common speech and language challenges in Parkinson’s and how to improve them. We recently hosted a webinar with speech-language pathologist John Dean. You can get access to the recording here. We received… 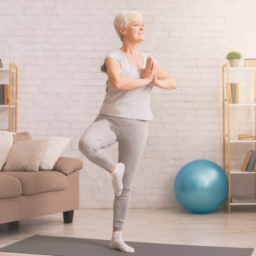 Because Parkinson’s can impact the reflexes needed to maintain an upright posture, people with Parkinson’s may feel unstable while standing upright. This postural instability — better known as poor balance and coordination… Thank a frontline worker with Parkinson’s Cards to Heroes

To address a common challenge of living with Parkinson’s while honoring everyday heroes during the COVID-19 pandemic, Neurocrine Biosciences has… 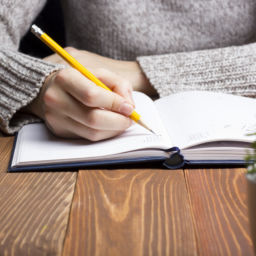