Dyskinesia is an uncontrolled, involuntary muscle movement. Although it can be a stand-alone condition, in people with Parkinson’s, it is most often associated with long-term use of levodopa. Common symptoms of Parkinson’s dyskinesia include writhing or wriggling, fidgeting, rocking, and head bobbing.

In this webinar, Dr. Irene Malaty answered questions including:

The Difference between Dyskinesia and Tremor

What Is Parkinson’s Disease Dyskinesia?

Our Every Victory Counts® manual is packed with up-to-date information about everything Parkinson’s, plus an expanded worksheets and resources section to help you put what you’ve learned into action. Request your free copy of the Every Victory Counts manual by clicking the button below.

This blog series is sponsored by Adamas Pharmaceuticals Inc. 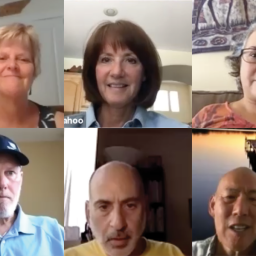 Although distinguishing between Parkinson’s dyskinesia and parkinsonian tremor can be difficult, recognizing the differences can significantly impact both treatment and… How the Arts Can Help You Live Well with Parkinson’s

The World Health Organization (WHO) recently released a report that highlights how engagement with the arts improves mental and physical health, including…