Tom Palizzi, a Davis Phinney Foundation Ambassador, an avid cyclist and Parkinson’s advocate recently put on an epic cycling event to benefit the Foundation. We sat down with him to hear all about it. Fair warning, reading this will either inspire you to ride with us soon, or next year, or host a similar event in your community. (Tom said he’s happy to help!)

What inspired you to start the Tour de Victory bike ride?

The Tour de Victory Cycling Classic was based on a similar fundraising ride in Boulder that ended six years ago. I wanted to launch a new ride to benefit the Davis Phinney Foundation.  Our goal was to keep the routes within Boulder County, minimize expenses and provide a safe and enjoyable ride. The inspiration for the Tour came at dinner with Davis in Washington DC in 2014. I promised Davis I would someday bring a ride back to Boulder. I think it was around mid-June last year the thought moved up from the back burner and last Saturday was the fruition! How did you make it happen logistically and from a fundraising standpoint?

One of the first things I did was pull together the right people to form a steering committee. The ten of us met the first Tuesday of each month starting last August, methodically dealing with the myriad tasks to host such an event.

Working closely with Chris Brewer and Lauren Kehn from the Davis Phinney Foundation, we were able to keep the goal in mind and well within budget. Combined with the steering committee team — John Sladek, Ralph Anhold, Fred Limbach, Jen Vogler, Billy Lang and Duane Klenk; the social media expertise of Mo Onstad and Lis Geraci; the very special capabilities of Barry Lee (Sanitas Sports); and a group of amazing volunteers — we absolutely blew our expectations out of the water!

Some fundraising events require a certain minimum amount from each participant.  We took a softer approach, encouraging participants to reach their own fundraising goal. I believe people want to help but they often don’t know what to do.  Knowing they can’t fix someone with Parkinson’s, they can help through donations and contributions.  So, when asked, most people find giving a donation to be a good option. From $1 to $1,000 — it all adds up and every donation is a victory. What were some of the most surprising lessons or wins you had during the planning process?

We had no idea what to set our fundraising goal at and, of the mindset “go big or go home,” we picked $100,000. The biggest win was eclipsing the halfway point and reaching $60,000!  With the generous support of our sponsors, we were able to cover the cost of the ride such that all the money raised from registrations and donations went directly to the Foundation. Yet, it didn’t come that easy. Just 10 days before the ride, we had 32 riders registered. In the week leading up to that Saturday, we jumped to 189 registered riders! How did you feel the morning of the ride?

I was nervous, of course, not necessarily about the number of riders or the fundraising, but I was concerned about the safety and well being of our riders. I was absolutely delighted and relieved after everyone made it back, and with only one very minor incident!

When will you get out and do the ride?

I’m going to ride it sometime this summer — just to say I did! I want to experience the route for myself, even though I’ve ridden most of the route in pieces over the years. I love the Boulder county backroads, and I want to thank the folks who live there for their patience and consideration of cyclists.

What are your favorite memories of the ride?

#1 – From the onset, I wanted to include the Triple “B” (rhymes with itch) hills — a section of the ride that includes three climbs with three false summits. I wanted everyone to enjoy that as much as I do! It’s so fun and satisfying once you reach the top!  I loved hearing the stories from the Triple “B”.

#2 – One of the riders that day was a person with Parkinson’s who rode a single speed, upright trike!  Riding the 50K with a rather eclectic group of friends, he hit the Triple B hills and met his match. Visibly struggling, rider after rider grabbed onto the trike to pull him up the hills! It was a stunning display of warmth and camaraderie and one of the most impressive Victories I’ve ever seen.

What’s the most valuable takeaway you took from this event?

It was a lot of work and way more than I thought it would be; however, good people have a way of making good things happen. From our friends at Team Evergreen Cycling, Mr Stephen Tebo, Dr. John Sladek, my pals at Cityworks and Acorda, the steering committee, Barry Lee, our fabulous volunteers, Davis and Connie Phinney and the Davis Phinney Foundation staff, and most of all, the riders and donors, the Tour de Victory was a huge success and is here to stay! What advice would you offer to someone who is thinking about taking on something like this?

Take it on. Do it. They say, we rarely regret those things we did do, but we often regret those we didn’t. I think we could replicate the Tour de Victory in other places in the country. If that just made you perk up, I’d love to help you bring a ride to your community.  Yes, it’s a good bit of work, but it’s certainly doable. And well worth all of the effort to see the smiles of all of those crossing the finish line. I stand for living well with Parkinson’s so I stand for doing everything I can to help those who want to do the same.

Will you do it again?

YES! The date is forthcoming. Hope to see you (and your friends and family) again next year. Your story, like Tom’s could be featured on our blog and Facebook page so others can learn from your experiences. Submit Your Team DPF Moments of Victory® Story now. 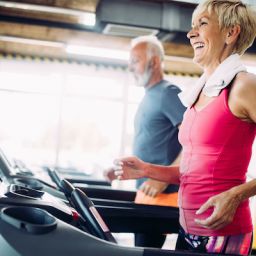 What You Need to Know about Cycling with Parkinson’s

So, you want to ride a bike? That’s fabulous! We’re behind you all the way. But we also want to make sure… “What cycling options do I have when balance and space are an issue?”

After one of our monthly YOPD Council webinars about exercise and Parkinson’s, a member of our community asked us a… Moments of Victory® – For Ivan Falconi, books are a compass to living well with Parkinson’s
12 Feb 2021