Can Marijuana Reduce Insomnia for People Living with Parkinson’s?

In my  first post, I talked about the research I did about marijuana and Parkinson’s. In my second post, I shared the story of my first trip to a dispensary. Now that I’ve had a chance to  experiment  with it, I’d like to share my results.

Not perfectly and not grandly, but yes it did.

Choosing which product to purchase  wasn’t an easy decision as there are a lot of choices when it comes to treating insomnia.

After being educated by the budtender,  I came home from the dispensary with  sublingual  drops  of  CBD-rich with a ratio of 8 CBD to 1 THC.  (The  ratio of CBD to THC  is very important and may take some experimenting to get it right.) I was excited about my purchase.  Considering that I have tried  a number of  supposedly  sleep-inducing  medications with no success,  I was hopeful a natural  plant-based  substance could do the job.

Since  I was  diagnosed  with Parkinson’s  in  2013,  I have averaged approximately five hours and  twenty  minutes of sleep per night. I  thought if I could bump that average up to six hours, it would make a big difference. As of now,  I’m tired much of the time due to lack of sleep and my exercise program.

The directions were clear: take before bedtime and start with  one  or  two  drops. I had read how getting the proper dosage is very important. The first night I was somewhat  apprehensive,  but I followed the directions hoping for a good night’s sleep. When I slept for  six hours with no side effects that first night,  I  was thrilled.  I didn’t experience a  “hangover” effect the next morning  either. I was  optimistic.

Unfortunately, the  six hours turned out to be the exception. Much to my disappointment,  during the three weeks I used the drops,  I  slept  less than normal. I moved the dosage up to 5/6 drops with no success. In this case,  an increase in dosage didn’t help. I never felt any sort of effect (good or bad) from the drug.

So, I went shopping again. I went to a different dispensary this time, but it went pretty much the same as before.  A nice young man listened to my story and immediately recommended that I stay with the same delivery method (sublingual drops) but change the ratio of CBD/ THC to 3:1 from the 8:1  I tried the first time. He thought this combination of CBD and TCH should give a better result.

I tried  one  drop the first night and slept for  six and a half hours. Over the next week,  I increased the dosage to  three  drops. As a result, I’ve been consistently getting thirty more minutes of sleep each night.  When you’re used to sleeping just over five hours a  night, an  extra half hour  feels meaningful.  Even better, I’ve increased my sleep without experiencing any side effects.

DPF Note: We asked Dr. Kluger why does marijuana work well for some people and not for others. He said,

This is true for almost any therapy/medication. I do not think the variability of marijuana/cannabis products are any different than other medications we use for difficult symptoms like sleep, pain and anxiety. We often need to try a few medications to find something that works with acceptable side effects. – Benzi Kluger, Assistant Professor of Neurology and Psychiatry at the University of Colorado Denver

Then we asked him about the results he’s seen in his practice. He said,

I’ve found that cannabis products can definitely help some people with their sleep, anxiety, appetite, nausea and pain. These products frequently have fewer side effects than prescriptions.

If  you’re  interested in marijuana as a medicine, keep in mind that we’re all different and what works for one may not  work  for another. It’s a trial and error game and  there are no guarantees. Also, people respond to it very differently so it’s always important to keep side effects in mind and weigh that against results.

My conclusion today, which may change tomorrow,  is that the marijuana as medicine experiment has not been an overwhelming success. However, it’s been good enough that I will continue to use and experiment.

If you have a story to tell about using marijuana to increase your sleep or minimize your Parkinson’s symptoms, we’d love to hear about it. Simply leave us a comment and let us know.

Marijuana and PD: What do we really know? Webinar by Dr. Benzi Kluger

Watch what happens when this Parkinson’s patient smokes marijuana

Cannabis use in people with Parkinson’s disease and Multiple Sclerosis: A web-based investigation.

How Seniors Joined the Cannabis Craze Tom Sheppard gives a play-by-play of his first trip to a marijuana dispensary.

Why Is It So Hard to Sleep Now that I have Parkinson’s?

Learn about sleep problems in Parkinson’s and how to improve your quality of sleep. 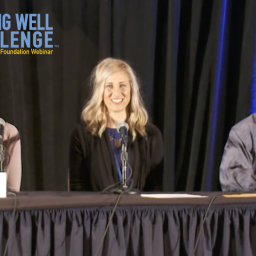 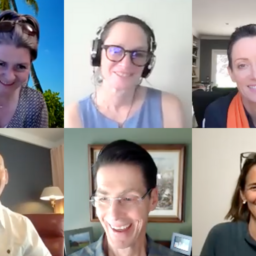 [Podcast] New and Emerging Therapies for Parkinson’s in 2022

The following episode features Dr. Michael Okun, a neurologist at the University of Florida, who among his many notable academic… Copper exposure and increased risks. DBS and excessive drooling. TMAO as a biomarker. Pickleball for Parkinson’s. Stigma, Parkinson’s, and co-existing…