In an age where many of us are bombarded by content from social media sites such as Facebook and Twitter, it can be very easy to consume and disseminate bad information. Sometimes, it’s a well-meaning attempt to highlight a breakthrough or discovery that isn’t appropriately dissected and placed into context. Other times, it might be a more manipulative attempt to sell products, gain followers or otherwise profit from misinformation.

I recently contributed a guest blog for Scientific American, discussing the influence of social media within the Parkinson’s community. I think it could also be useful to have a framework for evaluating Parkinson’s-related information found on the web, social media or other locations.

Together with the Davis Phinney Foundation, we came up with what follows. The next time you find an interesting bit of information about some aspect of Parkinson’s or Parkinson’s disease facts, I suggest asking a few key questions and watching out for common red flags.

4 Tips to Help You Decide if News is Newsworthy

1. Is the source credible?

Does the information come from a reputable research program at a university or research institution? Can you find additional information on the topic through a recognized Parkinson’s nonprofit, such as the Davis Phinney Foundation or others?

Is the information published in a recognized peer-reviewed journal (meaning that it has been reviewed by other scientists and researchers before publication?)

What potential impact, positive or negative, could these results have on the Parkinson’s community?

2. Can the claims be substantiated?

There are several common claims that should raise red flags when connected to Parkinson’s. If you know the facts, you can evaluate for yourself whether or not to trust the information presented.

3. Is it too early to draw conclusions?

Occasionally, an exciting bit of research makes a big splash on social media channels. Upon closer examination, though, it becomes apparent that the study is focused on isolated cells in a petri dish (in vitro) or some similarly preliminary study. Much more work must be done before early stage research with animal models (in vivo) can be translated from a lab environment into an approved treatment for people living with Parkinson’s. Furthermore, very early results are not often repeated in larger studies with human participants.

4. Are you taking things with a grain?

It’s easy – and necessary –  to take action to be a savvy healthcare consumer. We all have a responsibility to ourselves to make sure the information we absorb is credible. Moreover, we need to take the time to evaluate the quality of Parkinson’s information before we share it with others.

Make sure the content comes from a reliable resource.

If it seems too good to be true or comes from a source that you don’t recognize, don’t share it.

Consider what stage of research this “breakthrough” is in; if it’s very early, it’s too soon to draw conclusions.

We Have a Responsibility

Each of us has a responsibility to evaluate what we see online. By doing so, we are not only looking out for our own best interests, but helping stop the spread of misinformation that could be harmful to all of us in the Parkinson’s community. Israel Robledo was diagnosed with Parkinson’s disease in 2007 at age 42. Soon after coming to terms with his diagnosis, he became involved as an advocate for increased clinical trial participation and health-related quality of life issues related to Parkinson’s.

He works as a special education teacher in Midland, Texas, where he lives with his wife. He has three grown daughters and two grandchildren. 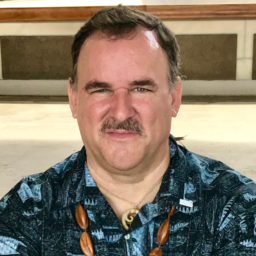 What You Need to Know about Parkinson’s Research

Less than one percent of people with Parkinson’s participate in research studies. Those who do participate do so for various…

There is absolutely nothing wrong with hope – hope and faith keep us going when nothing else can. The danger arises when hope masks our common sense and turns into wishful thinking. Following Israel’s advice gives us armor against the snake-oil salesmen, and helps to keep us focused on living with joy and purpose every day.

Corey, I agree! Hope and faith are important and we need to balance them with our responsibility to evaluate what we see online to stop the spread of misinformation.

My Parkinson’s is from the TCE I used weekly in the Army between 1964 to 1967, to clean communication radios in Korea for a year with nylon gloves. Then in Ft Stewart, Georgia, for 6 months cleaning
Cosmoline off of Tank Turret parts with TCE and leather gloves.
I am 72+ years old and my wife noticed a quiver in the bone in my left hand below my thumb when we were holding hands when we were first dating.
I have 6 siblings and 2 parents, 3 of my siblings and my dad were in the military but none of them ever had Parkinson’s.

Royce, thank you for your service! There has been some research on TCE exposure and Parkinson’, you can read about the findings here. Overall, the study highlights that the risk factors for Parkinson’s seem to be growing beyond genetics and may include environmental factors. Happy reading!

I have another question that is good to ask when you hear about a new treatment. We need to ask what the side effects are for this treatment. If it’s a real medical breakthrough, it may well do great things. But it WILL have side effects. All treatments do.

Good point, Diana! It’s always important to consider possible side effects and/or interactions when exploring new treatments and to discuss them with your movement disorder specialist for their professional opinion.