The Davis Phinney Foundation is delighted to announce that the Parkinson’s Association of Northern California (PANC) has been named a 2021 recipient of our Healthy Parkinson’s Communities™ grants program.

As an integral part of the Healthy Parkinson’s Communities initiative, the grants program aims to help us more fully realize our mission to help people with Parkinson’s live well today by funding programs and initiatives that are unique to the places and people they are designed to support, eliminating barriers, and expanding the possibility for all people to live well with Parkinson’s.

Outreach to the Underserved Program

The overarching goal of PANC’s “Outreach to the Underserved Program” is to connect people affected by Parkinson’s throughout Northern California. “Our target area is enormous!” says Will Zrnchik, PANC Executive Director. “To put it into perspective, we’re talking about an estimated 15 million people in 34 counties covering 80,000 square miles. It’s largely a rural, agricultural area with a large Hispanic population.”

Identifying and Addressing Needs and Barriers

While collaborating with the California Department of Health on outreach for the California Parkinson’s Disease Registry, PANC realized just how many people with Parkinson’s lived in areas not covered by PANC support groups and other services.

“Northern California is a huge area with small pockets of people, some migrant,” Will says. “There are areas without adequate technology infrastructure or support services, which means many people with Parkinson’s travel more than 100 miles to see a specialist. Telemedicine helps, but we all know the frustration of talking with someone who freezes up or loses audio every 30 seconds.” Having identified these barriers, PANC is now working to bring support and awareness to every person affected by Parkinson’s in Northern California. They hope to connect people with Parkinson’s in the region with support groups and mental health specialists, as well as to make resources and tools available to those who need them. Incorporating a mental health component was crucial, Will says. “Considering the impact the pandemic has had, we feel this component is sorely needed.”

The first six months of the project are crucial to its long-term success, the PANC team believes. Their first steps are to create a secure forum for support group facilitators, hire a bilingual outreach coordinator, identify media contacts, and locate target areas. Later in the year, they will launch an online resource library, develop bilingual materials, and have a highly visible presence at key events to ensure that people know about PANC and how the association can help people with Parkinson’s live well.

Looking past the initial push into underserved areas, PANC will develop clinician-reviewed mental health resources, start (or re-start) additional support groups – including at least one Hispanic group – and work to better understand Hispanic culture and unidentified issues for people with Parkinson’s in Northern California. To help with this, PANC has put together a Hispanic committee of advisors who are committed to identifying those hard-to-reach underserved Hispanic communities.

“This is an opportunity for PANC to maximize its charge and really build community for the journey,” Will says. “Doing something that seems insurmountable or unheard of gets me out of bed in the morning. I don’t go to work and grind; I go to the office and help people in ways they don’t know exist. I believe everyone deserves world-class support, access to care, and reliable information regardless of disease, zip code, or status.”

I believe PANC is about to change the game here in Northern California.
-Will Zrnchik, PANC Executive Director

Thanks to a supportive and involved board of directors, PANC is ready to address issues facing people with Parkinson’s in Northern California, including lack of support, information, and resources.

“Building healthy communities is not a new concept,” Will says. “But for the Parkinson’s community and its growing numbers, it is vital to the quality of life for almost 1,000,000 people with Parkinson’s and their families. If we can build communities that support one another, integrate multi-disciplinary care teams, and create culturally aware educational opportunities in these communities, then we are building a better world around us. One community at a time. I think everyone can be proud of that.”

Healthy Parkinson’s Communities is an initiative led by the Davis Phinney Foundation to help support community leaders, volunteers, and advocates in the pursuit of making the places where we live, work, and play more inclusive and supportive for those living with Parkinson’s. Learn more here. 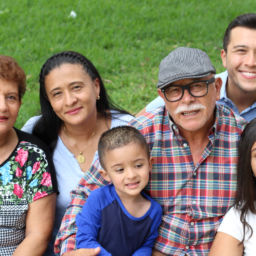 Announcing the 2021 recipients of our Healthy Parkinson’s Communities™ grants

The Davis Phinney Foundation is delighted to announce the 2021 recipients of our Healthy Parkinson’s Communities™ grants. As an integral… 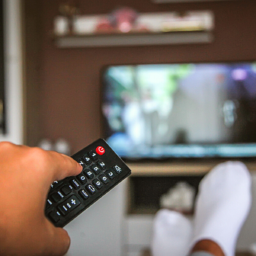 Do you have an innovative research idea that might help improve the lives of people living with Parkinson’s? Consider submitting…