Cannabis and Parkinson’s: What to Know About Medical Marijuana, CBD, and more

Although there is insufficient evidence that recommends using cannabis to treat Parkinson’s motor symptoms, a growing number of people with Parkinson’s are experimenting with it to help ease their symptoms. Others who have not experimented with cannabis products, such as medical marijuana and CBD, are expressing more interest in the subject. Yet, many people do not fully understand the chemical and biological makeup of cannabis plants, the different types of cannabis products, and what the research says about the effects on Parkinson’s symptoms.

A February 2021 study, published in the Journal of Parkinson’s Disease, reported that while the Parkinson’s community has high interest in medical cannabis, knowledge about different types of products was limited; only 9% of the people surveyed were aware of the difference between THC (tetrahydrocannabinol, the primary psychoactive compound of cannabis) and CBD (pure cannabidiol). This study supports findings from earlier reports, which found “a general knowledge gap and paucity of data” about the use and efficacy of medical cannabis.

Despite the lack of data supporting its use in Parkinson’s, we know that interest in cannabis is growing. So, we want to help you make informed decisions about it. In this article, we’ll look at the differences between cannabis, marijuana, hemp, THC, and CBD, as well as what the research tells us about their impacts on Parkinson’s symptoms. The word “cannabis” refers to products derived from Cannabis, a genus of flowering plants that consists of three primary species. Cannabis contains more than 100 chemical substances called cannabinoids. The two most common are CBD (cannabidiol) and THC (delta-9-tetrahydrocannabinol). “Marijuana” refers to the dried leaves, flowers, stems, and seeds of a cannabis plant that contain substantial amounts of THC, the compound that’s primarily responsible for marijuana’s effects on a person’s mental state. Some parts of cannabis plants contain minimal THC and, under US law, are considered “industrial hemp,” not marijuana.

While THC and CBD can be found in both marijuana and hemp, marijuana has much  more THC than hemp does, which must have less than 0.3% THC based on dry weight. (Marijuana, on the other hand, contains 15-40% THC.) Most CBD products that are now commonly sold in the US are derived from hemp, not from marijuana. Most of these products, therefore, contain little or no THC.

CBD and THC have the same chemical formula but different structures and chemical properties, so they affect your body differently. Both work with receptors that release neurotransmitters in your brain and may impact pain, mood, sleep, and memory. It is THC, however, that binds with receptors that control pain, mood, and other feelings, which is why THC can give people a “high.” CBD doesn’t work that way. Instead, it’s believed to impact feelings of well-being.

CBD is touted for helping with everything from arthritis pain to anxiety, diabetes, insomnia, and multiple sclerosis. That’s what marketing tells us, anyway. Thus far, however, there is little evidence that CBD helps manage any of these conditions. Most studies that report benefits from cannabis are centered around THC, not CBD. Reports that do show benefits from pure CBD involve giving it in very high doses, much more than the average person would take.

What the Research Says

In short, the research lacks data supporting the use of cannabis as a Parkinson’s treatment. A 2020 report from the Parkinson’s Foundation, created with guidance from more than 40 Parkinson’s experts, including physicians, scientists, a pharmacist, a Parkinson’s nurse, industry and nonprofit organizations, and other members of the Parkinson’s community, states that although some studies have suggested cannabis can help manage Parkinson’s non-motor symptoms like anxiety, pain, sleep disturbances, and gastrointestinal issues, these studies are typically small, uncontrolled (which means they have no placebo comparison, which increases the risk of false-positive results), and open-label (which means the research team and participants are aware of the treatment being given, which can influence the results).

“These trials have uniformly failed to find evidence of benefit. However, the lack of consistency in the ways the studies were conducted, the ways in which cannabis was given, and the way outcomes were measured, make these studies inconclusive at best. The studies are further limited by small sample sizes (7 to 24 patients) and ill-defined placebos, the inert substances used in comparison with the treatment. There have been no published randomized controlled trials of the effects of smoked cannabis compared to placebo in the Parkinson’s population.”
–Parkinson’s Foundation Consensus Statement on the Use of Medical Cannabis for Parkinson’s Disease

Side Effects and Drug Interactions

There are various ways to take cannabis products, ranging from smoking or vaporizing to applying topical oils to ingesting pills or “edibles.” Depending on both the product and the way it’s taken, side effects can vary significantly. Here are a few to be aware of:

Certainly, not everyone who uses these products will suffer from these side effects. Still, it is important to know what could go wrong. CBD and marijuana can also interfere with other medications you may take. Also, because cannabis can be taken in various forms with various THC/CBD ratios, possible drug interactions depend not only on the medications involved but also on the chemical components of the cannabis being used. The FDA reports that the use of CBD with alcohol or medications that slow brain activity, such as those used to treat anxiety, panic, stress, or sleep disorders, increases the risk of sedation and drowsiness.

To avoid negative drug interactions, it’s crucial to talk with your doctor about any cannabis products you consider trying.

Inconsistencies and Lack of Regulations

Laws about using medical marijuana and CBD products are constantly changing, and they vary from state to state and country to country. And, because there is no governmental oversight of cannabis products, inconsistency and impurities are concerns. The FDA currently says that that “some companies are marketing products containing cannabis and cannabis-derived compounds in ways that violate the Federal Food, Drug and Cosmetic Act (FD&C Act) and that may put the health and safety of consumers at risk.” In addition, a researcher at Penn Medicine in Philadelphia found in 2017 that almost 70% of CBD products sold online do not contain the concentration of CBD they say they do.

“The number of unanswered questions about the use of cannabinoids in PD far outweighs what we know. Complicating factors include the unusual degree of anecdotal reports (accounts of a person’s experience without scientific evidence), firmly held beliefs despite the absence of rigorous scientific evidence, and widespread access to a variety of poorly regulated compounds.”
– Parkinson’s Foundation Consensus Statement on the Use of Medical Cannabis for Parkinson’s Disease

If you are interested in experimenting with cannabis products, be sure to discuss their use with your doctor. To learn about other complementary therapies that have research supporting their use as Parkinson’s treatments, check out our growing list here. 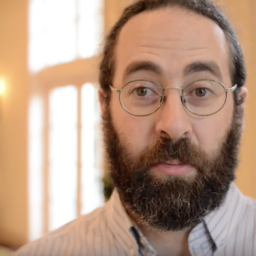 Learn about the risks and potential benefits of complementary therapies. 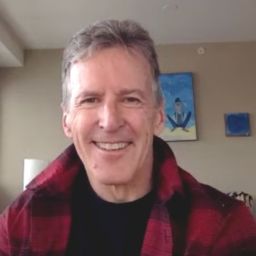 In this video, Davis Phinney discusses how sleep is impacted by Parkinson’s, strategies for hydrating early in the day to…