“I will not be defined by Parkinson’s.”

I have heard and used some form of this statement more times than I can recall over the past seven years since I was diagnosed with Parkinson’s. While I understand the feeling behind the statement, I’m still left with a bit of unease and a sense that it’s not completely accurate.

Early on in my diagnosis, I fought to find any way possible to keep Parkinson’s out of my life. I tried to ignore it. I tried to outrun it, literally. I got angry. And, yes, I cried. I would make vows that this was not who I was going to be and that Parkinson’s was not going to have my life. I was adamant that I would NOT be defined by this disease!

The more I learn about this disease, and the deeper I get into this journey, the more I feel compelled to reevaluate what it means to be defined by Parkinson’s.

My sense is that often I just want to be normal. That is, I want to be the person I’ve always thought myself to be.

Most of us have a fair sense of who we are as individuals and that understanding (for most) has never included living with Parkinson’s. Not only do I have Parkinson’s, but I’ve been fundamentally changed by it. When I layer into that reality the fact that I am the executive director of a Parkinson’s charity and also a speaker and author who spends much of my time on the topic of Parkinson’s, it becomes difficult to not feel like my life is consumed by the disease.

How then do I differentiate between the ‘Parkie’ in me and ‘me’?

I know that for some “contentment’ is a word that makes no sense when put alongside “Parkinson’s disease”. It’s a topic I cover in some detail in my book Perseverance and it boils down to this: ‘Can I be at ease in the fact that I have Parkinson’s?’

I believe that this is the fundamental question many of us struggle with, and it can be stated in a variety of ways:

I’ve attempted to answer the ‘who am I to me?’ question many times and a person with Parkinson’s or Parkie never even crack the top ten on my list. I am many things in this life before I am a Parkie!

I have come to terms with this question in many ways and in other ways I’m still a work in progress. I am gaining a clearer understanding of who I am and where Parkinson’s fits into the mosaic of my life. To illustrate my point, I know my use of the word ‘Parkie’ might bother some; therefore, I use it meaningfully. You see, I am much more than a term. I simply use it to indicate that I’m in the club.

Now, I Can Accept Limits

Having wrestled with the concept of contentment, having taken the time to clearly see who I am and having made peace with these ideas as best I can, I am now ready to accept the limits placed on my life by Parkinson’s. For it does indeed impose limits.

Fatigue, mild cognitive impairment, slowness and so many other symptoms impact my life on a daily basis and set boundaries to what I can and cannot do. This is my reality. And it is a reality that I can accept and thrive in because I have weighed the whole of my life and have discovered that I am so much more than a person with Parkinson’s. There is so much that I can still do and be so I can accept all that it means to be a Parkie and still find joy in life and so many reasons to smile.

These thoughts have been taken from my book Perseverance: the seven skills you need to survive, thrive and accomplish more than you ever imagined. Perseverance, it is more than ‘just don’t give up’. It is a set of positive, practical skills that can be learned.

Tim Hague is a public speaker, author, educator and advocate for people living with Parkinson’s disease. At forty-six years old he was diagnosed with young onset Parkinson’s disease. Tim resides in Winnipeg, Canada with his wife and children. You can learn more about Tim here.

WANT MORE IDEAS ON HOW TO LIVE WELL WITH PARKINSON’S?

Much more can be found in a powerful new edition of Davis Phinney Foundation’s free Every Victory Counts® manual. The Every Victory Counts manual gives people living with Parkinson’s, their care partners and their family members the tools they need to take control of their own Parkinson’s treatment through a proactive approach to self-care. Get the story behind the story of Robert J. Silver’s new book, Keepin’ On: Living Well with Parkinson’s Join us in Austin or online for a Parkinson’s innovation event. 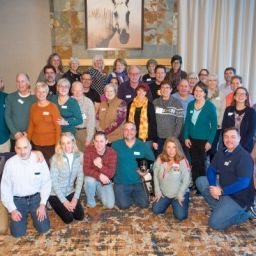 Our first ever Little Big Things event was big on inspiration How to Work Full Time & Live Well with Parkinson’s

One of the most common challenges people with Parkinson’s face is balancing treatment with everyday activities and responsibilities. Exercising, going to medical appointments,…