Wendy and John Paul Lederach have been fundraising for the Davis Phinney Foundation for nine years. It all began when their daughter, Angie, heard that a “famous guy” was speaking at the University of Colorado about Parkinson’s. She told Wendy she absolutely had to be there.

Wendy and John Paul headed down from Rollinsville and found a room packed with people waiting for Davis. Wendy, who was diagnosed with Parkinson’s when she was quite young, was captivated by his talk. For so long she had felt like she had a disease that didn’t belong to her. She was too young for it. Now she was able to identify with someone living with Parkinson’s who was close to her in age.

After Davis’s talk, they left the room hoping they would run into him before he left. They did and to this day they still comment on how gracious and personable he was. Davis invited them to the Foundation office to meet everyone and the next thing they knew they were at the Copper Triangle supporting a friend who was doing the ride.

Upon their return from Copper, John Paul said, “We’re doing this.” They went home, bought bikes and raised $10k right away. She said, “We never even rode bikes before this!”

They’ve since raised more and more money each year and have made the Copper Triangle a family affair. Sometimes they have as many as 10 family members and friends doing the ride with them.

When I asked them the secret to their success, they listed the following: Have family and friends who might consider taking on an adventure WITH you? Pick a ride or walk and get the ball rolling. There are so many ways to raise money and you’d be surprised how eager people are to support your cause.

Want tools and templates to help ensure your fundraising success?

After hosting hundreds of events over the years and coaching a wide variety of fundraisers, we’ve come up with a kit to help you achieve your fundraising goal in less time and with less stress. With sample letters, timelines and more, you’ll have everything you need to raise money and help people with Parkinson’s live better today. Bill has no intention of letting Parkinson’s slow him down. And he just battled in the ring to prove it. 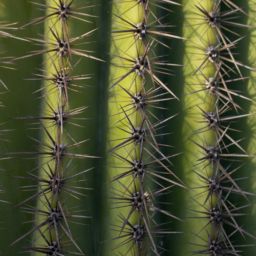