Parkinson’s is like a modern car. One little glitch in the hardware and all hell breaks loose. During our monthly Living with Parkinson’s Meetups, we talk about all the things that break loose, go wrong, make you laugh, make you cry, go right, go weird, and everything in between. It’s the hour of truth you never knew you needed. Join our panel each month to learn everything you’ve ever wanted to know about Parkinson’s but were afraid to ask.

Register for the Series

Upcoming webinars in this series

Gait, Balance, and Falling in Parkinson’s

We had our typical lively discussion, received some great advice from our panelists and our viewers, and learned how to face the fears that falling causes. Unfortunately, this is our last meetup of the year, but we look forward to seeing you in January of 2023!

Watch the Recording
Parkinson’s is Hard

Watch the Recording
Ableism, Enableism, and Audience Q & A

In this Living with Parkinson’s Meetup, panelists discuss ableism and enableism, that is feeling capable and “able” to continue living as independently as possible, but also accepting and asking for help when it is needed. Other topics include, how to get past the fear of letting your symptoms show, dealing with anger and sadness when you’re unable to do something, and more.

Watch the Recording
Audience Q & A

In this Living with Parkinson’s Meetup, panelists discuss questions from the live webinar audience addressing topics including: difficulties managing body temperature in hot weather, falling and balance issues, the impact of stress on their symptoms, the loss of friendships after diagnosis, handling the constant question “how are you?” from friends and family, and much more.

Watch the Recording
The Value of Community, Purpose, and Meaning

In this webinar, guest panelist, Bradley McDaniels, and Living with Parkinson’s panel members discuss the negative health effects of loneliness and how to build community, purpose, and meaning.

Watch the Recording
Communicating About Parkinson’s

In this webinar, The YOPD Council discussed communicating about Parkinson’s with your loved ones, your healthcare providers, and more.

Watch the Recording
Reaching Your Limit

In this webinar, The YOPD Council discussed how to know when you’re reaching your limit and discussed things such as driving, work, exercise, executive function, and more.

Watch the Recording
Downsizing Your Life with YOPD

In this webinar, The YOPD Council discussed downsizing, both mentally and physically.

Watch the Recording
Traveling with Parkinson’s

In this webinar, The YOPD Council discuss their tips and tricks for traveling more easily with Parkinson’s, while also addressing the question: is travel still right for me?

In this YOPD Council session, our panelists discuss some of these moments in their life as well as what you can do to educate, advocate, and improve understanding. Kat is from Portland, Oregon, where she lives with her husband and Yorkshire terrier “Baxter.” She believes that we can choose joy in our lives no matter what we’re faced with. Movement, mindfulness, and gratitude help her navigate the challenges of living with Parkinson’s. She is a retired nurse-midwife and delivered over 800 babies in her career. Now in her second act, she’s a Davis Phinney Foundation Ambassador, author, speaker, and advocate for living well with Parkinson’s. Heather is the founder of Kathleen Kiddo, an advocacy site offering resources and connection through social media. An entertaining speaker known for her unique talks and film presentations about living well with Parkinson’s, Heather writes from her home near San Francisco, CA. Since her diagnosis in 2011, she has collaborated with organizations such as the Davis Phinney Foundation, The Cure Parkinson’s Trust, and The World Parkinson’s Congress. In 2020, Heather expects to release two books, one on how to approach grief and a vivid collection of short stories. 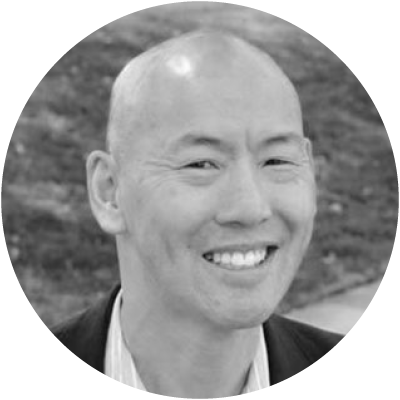 Kevin brings deep experience as a biopharmaceutical executive to the board of directors of the Davis Phinney Foundation and the Parkinson’s community. Today, he is the Head of Patient Engagement at Theravance Biopharma in the Bay Area and just recently set new roots in Boulder, Colorado. Previously, he was a partner at a leading executive recruiting firm, where he led the North American Life Science practice. Kevin earned his doctorate degree in clinical pharmacy from the University of Michigan (GO Blue) and his family resided in nearby Midland.

An avid lifelong wannabe athlete, Kevin was diagnosed with Parkinson’s in in his late 40s. He has taken control of his Parkinson’s with bold irreverence, optimism, and biting humor. As a self-proclaimed amateur “PD satirist,” he has been a speaker and patient advocate for several foundations and has been featured on national news programs and webcasts, speaking about living a high-impact life, thanks to traditional therapies and a “zen-aggressive lifestyle.” 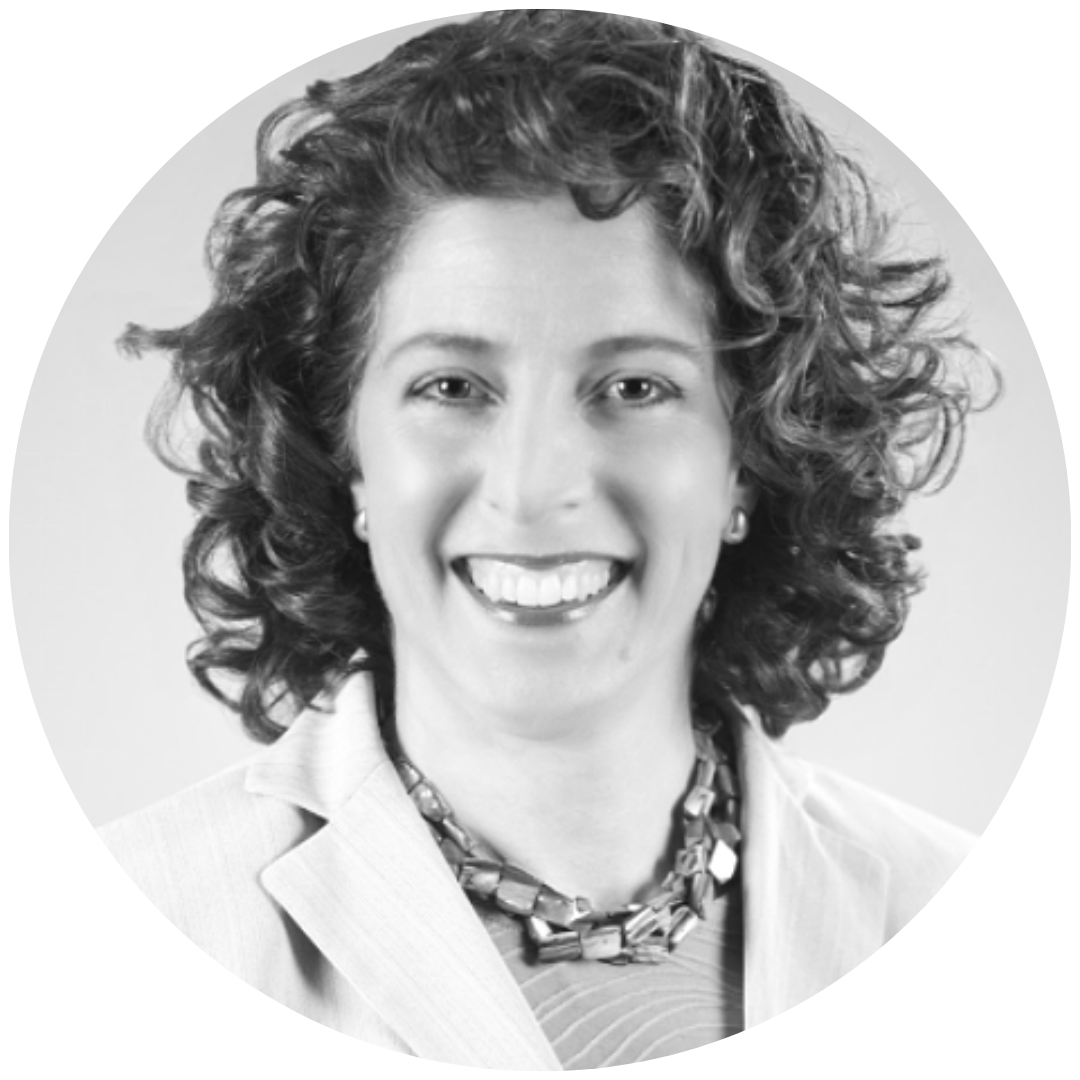 Robynn Moraites works tirelessly to destigmatize mental health conversations with lawyers. Outside of her work, she lives for a good adventure or an involved Enneagram discussion. She loves to think expansively understanding that the possibilities for tomorrow arise out of our most far-fetched ideas. 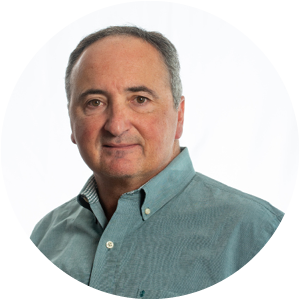 Tom was diagnosed with Parkinson’s in 2008 at age 48. While balancing his professional and personal life with the onset of symptoms, he sought to meet the challenges of PD head on with curiosity, practicality, and optimism. Volunteering at the local Parkinson’s support organization led him to New York and on to Washington DC, serving as Chair of the Parkinson’s Foundation, People with Parkinson’s Advisory Council (PPAC), and representing the needs and interests of the PD community to Congressional leaders.

“As an ambassador and advocate, I stay alert and active, but good health and fitness is key, and maybe as important as any medication or PD treatment,” says Tom. He leads a Pedaling for Parkinson’s class at the local recreation center near his home, and helped establish a boxing class for People with PD. With the pandemic, he offers an online version of the indoor cycling class, leading as many as 20 riders from throughout the United States.

In June 2019, he launched the Tour de Victory Cycling Classic — an organized cycling event to benefit the Davis Phinney Foundation. In its first year, the event brought in more than $70,000. He enjoys cycling, fly fishing, and traveling the world with his wife, Jeanette, and spending as much time as they can with their adult children Emily and Mitch. 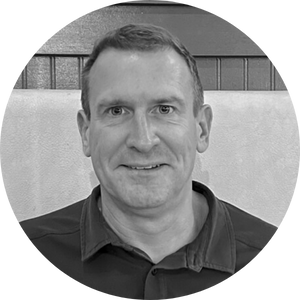 Doug was diagnosed with young-onset Parkinson’s in early 2010 at age 36. Soon after being diagnosed, Doug’s depression increased, contributing to the destruction of his marriage. Instead of reaching out for help, he isolated himself, and in doing so, his depression only worsened, and he stopped exercising.

After nine years of living in a dark hole, Doug watched one of the Foundation’s webinars on Deep Brain Stimulation (DBS), and it convinced him to take the leap. His DBS procedures were completed in November 2019, and from a physical standpoint, the experience has been life-changing. However, shortly after Doug got DBS, Covid hit, and his depression increased again with the isolation. Finally, 18 months later, he found an antidepressant that worked. It was as if a light had suddenly turned on. So, he started exercising and attending support group meetings, and the strength he discovered in his Parkinson’s community has been exceptional!

Doug finally knows what it’s like to live well with Parkinson’s. When Doug is not helping support others, you’ll find him being social and spending time with his kids, friends, and family. He also loves exercising daily, being outside, and enjoying Colorado’s mountains! Sree was diagnosed with young-onset Parkinson’s disease (YOPD) in 2015 but knew something was not working properly in her body years beforehand when she noticed non-motor symptoms in her 20s and motor symptoms in her 30s. Sree has been documenting her journey in writing and photography, slowly working within these and other mediums to create a narrative that helps her understand the many ways life has changed post-diagnosis.

Sree currently works full-time in tech, sits on the Board of Directors for a local arts nonprofit, is working on personal photography and writing projects, and squeezes in naps whenever possible due to the constant fatigue she battles with Parkinson’s. Sree became involved with the Davis Phinney Foundation not only to make a difference but also to increase representation in the South Asian community. Sree also co-founded the Women’s Parkinson’s Project, a website where she and her “two sisters with Parkinson’s”, as she likes to say, curate stories, bring awareness and representation and raise the voices of women with Parkinson’s.