When we started our Health Disparities and Parkinson’s webinar series last year, we published a blog post to share definitions of language commonly used in equity and justice work. In this post, we add to the previous list by sharing definitions and resources that dig deeper into issues of gender and sexuality in advance of our webinar on June 29 that focuses on health disparities and Parkinson’s in the LGBTQ+ community.

Ally – in this context, someone who supports LGBTQ people and equality in its many forms, both publicly and privately. Heterosexual and cisgender people can be allies as well as those within the LGBTQ+ community who support one another’s unique needs and struggles (Next Avenue)

Gender – a social construct based on roles, behaviors, and attributes that a given society uses to classify a person within the spectrum of masculinity and femininity

Gender diversity – an umbrella term that is used to describe gender identities that demonstrate a diversity of expression beyond the binary framework. For many gender diverse people, the concept of binary gender – having to choose to express yourself as man or woman – is constraining. Some people would prefer to have the freedom to change from one gender to another, or not have a gender identity at all. Others just want to be able to openly defy or challenge more normalized concepts of gender. For gender diverse people, their identity is about presenting something more outwardly authentic to the world, whether they understand themselves to be differently gendered, or have no gender at all (A Gender Agenda)

Intersectionality – the concept that all oppression is linked. More explicitly, the Oxford Dictionary defines intersectionality as “the interconnected nature of social categorizations such as race, class, and gender, regarded as creating overlapping and interdependent systems of discrimination or disadvantage.” Intersectionality is the acknowledgement that everyone has their own unique experiences of discrimination and oppression, and we must consider everything and anything that can marginalize people – gender, race, class, sexual orientation, physical ability, etc. First coined by Professor Kimberlé Crenshaw in 1989 (Womankind)

LGBTQ+ – an acronym for lesbian, gay, bisexual, transgender, queer or questioning, and other identities. Sometimes this appears shortened (LGBT) or lengthened (LGBTQIA+), which includes intersex, asexual, and agender.

Misgender – to refer to a person using words, especially pronouns, that do not reflect that person’s gender identity

Nonbinary – a term that can be used by people who do not describe themselves or their genders as fitting into the categories of man or woman. A range of terms are used to refer to these experiences; nonbinary and genderqueer are among the terms that are sometimes used (NPR)

Pronouns – “Pronouns are basically how we identify ourselves apart from our name. It’s how someone refers to you in conversation,” says Mary Emily O’Hara, a communications officer at GLAAD. “And when you’re speaking to people, it’s a really simple way to affirm their identity” (NPR)

Queer – An adjective used by some people, particularly younger people, whose sexual orientation is not exclusively heterosexual (e.g. queer person, queer woman). Typically, for those who identify as queer, the terms lesbian, gay, and bisexual are perceived to be too limiting and/or fraught with cultural connotations they feel don’t apply to them. Some people may use queer, or more commonly genderqueer, to describe their gender identity and/or gender expression (see non-binary and/or genderqueer below). Once considered a pejorative term, queer has been reclaimed by some LGBT people to describe themselves; however, it is not a universally accepted term even within the LGBT community (GLAAD)

Sexual orientation – the enduring physical, romantic, and/or emotional attraction to members of the same and/or other genders, including lesbian, gay, bisexual, and straight orientations

WILL YOU JOIN US?

On June 29, join us for a webinar about Health Disparities and Parkinson’s as they relate to the LGBTQ+ community. Living well with Parkinson’s takes support – from our families, communities, healthcare professionals, workplaces, government, and more. When those systems are compromised due to systemic oppression, bias, or lack of inclusion, health outcomes are compromised. In this webinar, Wissam Deeb, MD, and Nicole Rosendale, MD, help us understand how issues faced by the LGBTQ+ community show up in Parkinson’s care and how we can increase awareness and create more inclusive spaces to address inequities.

Here are a few of the resources our staff has been digging into recently in case you’d like to check them out. This list is by no means exhaustive, but we hope it sparks some learning and curiosity. Have a resource or a definition you think we should add? Let us know at blog@dpf.org.

Fenway Health. Fenway Health, founded in 1971, works to enhance the wellbeing of the LGBTQIA+ community and all people in Boston’s Fenway neighborhood and beyond through access to the highest quality health care, education, research, and advocacy. Fenway has published multiple publications that can help you dig into this work; below are a few to help you get started:

Lambda Legal. Founded in 1973, Lambda Legal is a nonprofit and the oldest and largest national legal organization whose mission is to achieve full recognition of the civil rights of lesbians, gay men, bisexuals, transgender people, and everyone living with HIV. They do this important work through impact litigation, education, and public policy work. Below are a few of their resources you can explore as you learn more about this topic:

The Biology of Gender, from DNA to the Brain. A TED talk by biologist Karissa Sanbonmatsu

How to Talk (and Listen to) Transgender People. A TED talk by Jackson Bird

The Genderbread Person. This instructional tool breaks down “the big concept of gender down into bite-sized, digestible pieces” and includes posters, worksheets, explainers, and more

Sage. This national advocacy and services organization has been looking out for LGBT elders since 1978

A Guide To Gender Identity Terms. With help from GLAAD, NPR put together this glossary of gender identity terms, Q&A about pronouns, and additional information about gender identity

2019 Chicago LGBTQ Community Needs Assessment Data Summary. The Chicago Community Trust’s needs assessment, conducted by the Morton group, sheds light on issues of isolation, loneliness, and more for the aging LGBTQ+ community that helped pave the way for the creation of a housing community for aging LGBTQ+ people in Chicago The What, Why, and How of Community Action Committees (CACs)

In our post announcing our Healthy Parkinson’s Communities™ initiative, we outlined our three goals:  Ensure Parkinson’s community leaders have the knowledge and resources… 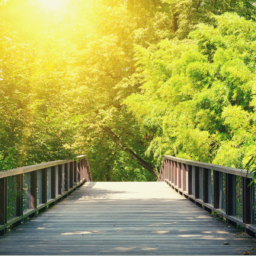 Your CAC is ready to roll. You have conducted research and completed a community healthy assessment for Parkinson’s (CHAP). Now, what?  The transition from data collection to action can be difficult… Setting goals can be exciting; it’s the moment where you might feel like community change is just within reach. While… Healthy Parkinson’s Communities™ Resource Roundup: How to Set Goals Based on Community Need

In past months, we have shared resources on healthy communities, cross-sector collaboration, building strong teams and powerful partnerships, and listening… HEALTHY PARKINSON’S COMMUNITIES™ RESOURCE ROUNDUP: How to identify and create solutions for health disparities and inequities

In past months, we have shared resources on healthy communities and cross-sector collaboration, building strong teams and powerful partnerships, listening to your community and identifying… Since 2020, the COVID-19 pandemic has exposed the myriad ways that structural racism and oppression affect healthcare and health outcomes,…