Kat Hill, a Davis Phinney Foundation YOPD Council Leader, was in her mid-40s when she was diagnosed with Parkinson’s. “It took me a good two to three months to get it in my head that it was something real,” she says. “And then I realized I had a choice. I could continue to lay around and minimize my symptoms, but that got pretty old. And self-pity wasn’t really a good fit for me.”

Check out Kat’s story of how she processed her diagnosis of Young Onset Parkinson’s, started a wildly successful support group, built gratitude into her daily life, and became part of the Davis Phinney Foundation YOPD Council.

“We only get one life. We all have our challenges. But we still have the opportunity to live our lives. To stop that because of a diagnosis is a loss.”

You can find more from Kat at kathill.org/author/kathieshill. 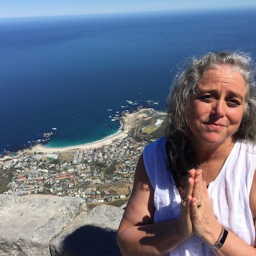