If you’re like many of the people in our community, your road to diagnosis wasn’t easy. It was a time of uncertainty, of going from doctor to doctor and of fear about what was to come.

Now that it’s real, how do you move forward?

One of the ways we’ve found to be helpful is to apply a design approach to your new life with Parkinson’s.

When designers encounter a problem, rather than think their way forward, they build it. They build it by reframing the problem and then taking action.

Let’s first look at the power of reframing the problem.

Over the past 15 years of working with people living with Parkinson’s, we’ve seen people navigate this path in a variety of different ways. Some choose to let Parkinson’s define them, while others have chosen to see it as just another bump in the road that they have to learn how to shape in a way that suits them. These people have learned how to reframe the problem.

Tina Seelig, professor at Stanford and author of Insight Out: Get Ideas Out of Your Head and Into the World, suggests three techniques for reframing a problem.

She says to question the question you’re asking to make sure it will provide you with more possibilities.

Usually, when we’re tasked with brainstorming, we try to get our best ideas on the table. Seelig offers a different approach. She says that sometimes when you start with the worst ideas, you can re-evaluate them and turn them into something brilliant.

For example, a bad idea might be to decide that now that you have Parkinson’s you’re going to ride 100 miles on your bike every weekend, even though you haven’t been on a bike in ten years. A better idea might be that each weekend you’re going to invite a friend to ride 10 miles with you. Not only will this create less stress on your body right out of the gate, but you will get all of the benefits of connecting to others in your community that will serve you better than riding 100 miles on your own.

This might be the most powerful step in reframing Parkinson’s. Unpacking your assumptions involves challenging its perceived limitations. As you’re thinking about this new chapter of your life with Parkinson’s, you may find yourself saying, “Now that I have Parkinson’s, I can’t…” But, is that based on truth or simply what you assume?

One of the ways we help our community challenge their assumptions about Parkinson’s is by sharing what we call Moments of Victory® stories. These are stories about people who have learned how to reframe the “problem” of Parkinson’s and live even bigger and better than they did before their diagnosis. You can read their inspiring stories here.

Now that you’ve learned how to reframe what it might mean to have a Parkinson’s diagnosis, it’s time to take action.

Design thinking creates a bias toward action, helping us overcome a bias towards the status quo that is hardwired in our brain. As Bill Burnett and Dave Evans wrote in their best-selling book Designing Your Life, designers try stuff, fail more often than they succeed and have a lot of fun in the process.

Let’s walk through one decision and how design thinking can help you live well with Parkinson’s by creating a bias toward action.

Have you ever spent more time thinking about an activity than it actually takes to try out that activity?

For example, how many hours have you spent thinking about joining a local Parkinson’s support group or exercise class? Compare the time you’ve thought about deciding to join a class or support group to the time it takes to show up and try out a class or meeting.

Design thinking encourages you not to think too much about going to an exercise class or support group before you go. Just go. Think after you have been to the class or meeting.

If the answer is yes, maybe you could make plans to go again. If the answer is no, then you can stop and reflect with the goal of trying out something else. Were there aspects of the class you liked that you can seek out in another activity? If so, try and recreate that.

Jeff Bezos, the C.E.O. of Amazon, also endorsed a design thinking decision-making process in a 2016 letter to his shareholders. Bezos wrote, “Many decisions are reversible, two-way doors. Those decisions can use a light-weight process. For those, so what if you’re wrong?” He then offered more advice. Most decisions need to be made with 70% of the information and if you wait to get 90% of the information to decide, you are probably too slow. You may still be wrong either way. Bezos reasoned that “If you’re good at course correcting, being wrong may be less costly than you think, whereas being slow is going to be expensive for sure.”

While business and Parkinson’s are different for sure, the same reality holds: so what if your first decision is wrong? You can course correct and find something that’s a perfect fit for you and one that might be the difference between letting Parkinson’s define you and living fabulously well in spite of it.

What actions can you take today to do the same? Leave us a comment and let us know.

Tina Seelig, Insight Out: Get Ideas Out of Your Head and Into the World.

Your story could be featured on our blog and Facebook page so others can learn from your experiences and victories.

SUBMIT YOUR MOMENTS OF VICTORY

This blog post is sponsored by US World Meds. To learn more about their products, click here. To learn about their medication for advanced Parkinson’s, visit here. 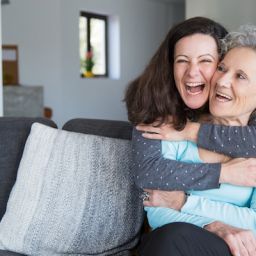 The C.O.O.R.E. Model for Parkinson’s with Greg Ritscher

Learn a model for living well with Parkinson’s. Parkinson’s: From Diagnosis to Acceptance